Thursday, July 7
You are at:Home»News»Outrage after girl dies in ‘drive-by’ shooting 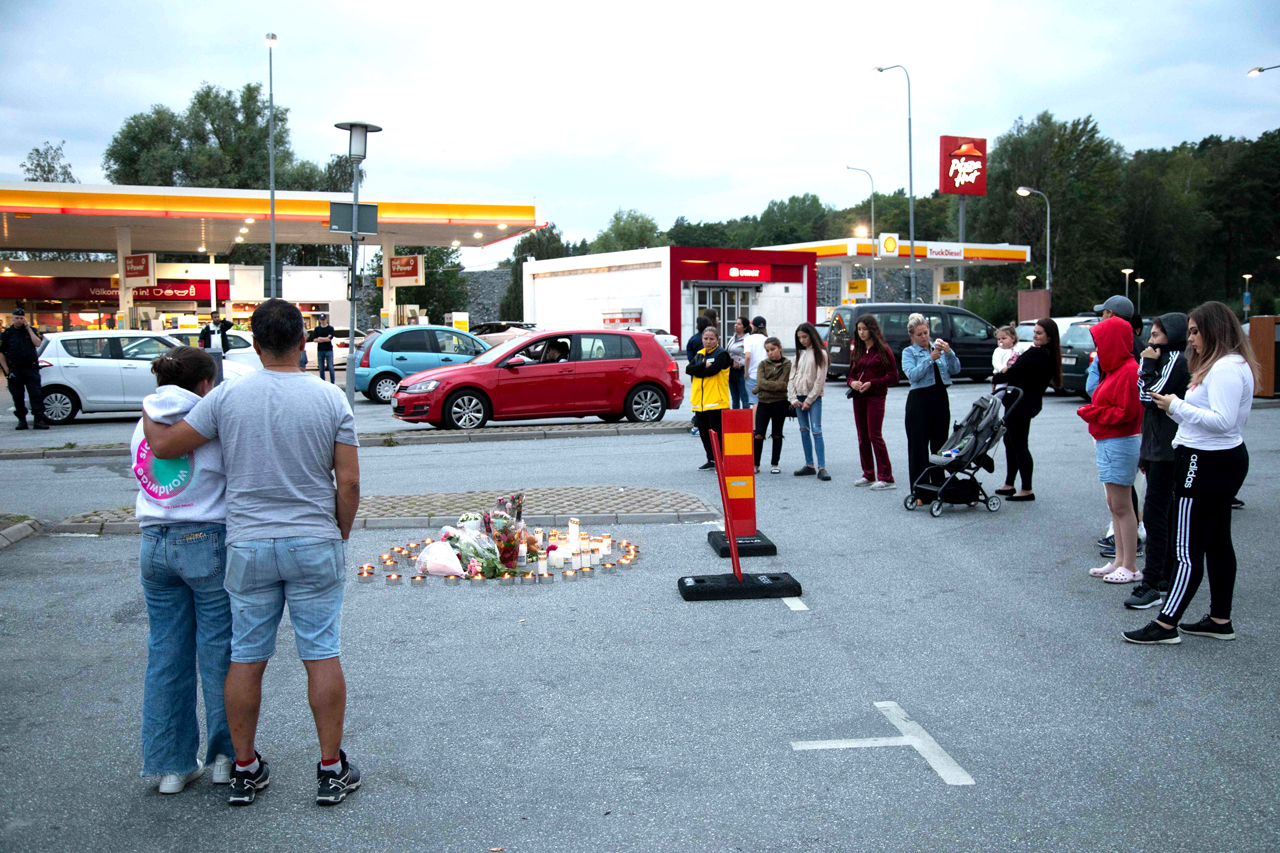 People stand around a makeshift memorial of flowers and candles at the site where the 12-year-old girl was shot near a petrol station in Botkyrka, south of Stockholm. — AFP photo

STOCKHOLM: The shooting at the weekend of a 12-year-old girl in Stockholm sparked outrage on Monday and reignited a debate around a rise in gang-related violence in Sweden.

According to media reports, the girl was not the target in the ‘drive-by’ shooting at a fast-food restaurant and the gunmen had been actually aiming at two members of a criminal gang instead. People had placed flowers and candles at the scene on Monday.

“This can’t happen again. It’s a 12-year-old girl,” said Christina Lundstrom, 51, who had come to pay her respects.

No arrests have been made, but police told AFP that they had opened a murder investigation and were seeking information about a white car seen at the time of the shooting. Justice Minister Morgan Johansson described his “dismay and disgust” to news agency TT, and promised “more police and harsher sentences”.

Sweden has given police added surveillance powers, stepped up witness protection schemes and toughened sentencing for drugs and weapons-related crimes after a wave of shootings and bombings in recent years. During the first six months of 2020, 20 people have been killed in 163 shootings, in the country of some 10.3 million inhabitants, according to police.

Last August, two women, who were also not the intended targets, were shot in incidents just weeks apart. Criminologist Ardavan Khoshnood told broadcaster SVT that in the last 10 years, about 15 innocent bystanders had been killed. — AFP