Sunday, November 27
You are at:Home»News»Sabah»Upko will defend all seats it won in GE14 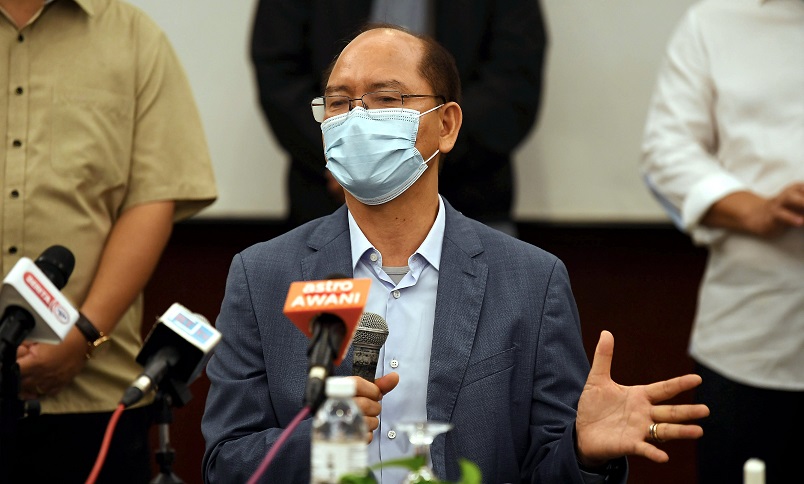 KOTA KINABALU: Upko will be defending the seats it won in the last election, said its president, Datuk Seri Panglima Wilfred Madius Tangau.

Speaking to reporters after a meeting chaired by Parti Warisan Sabah (Warisan) president Datuk Seri Shafie Apadal yesterday, Madius said that this had been agreed in principle.

However Upko lost two of its assemblymen in 2018 when Masiung and Bobbey left the party and subsequently joined Warisan and Parti Pribumi Bersatu Malaysia (Bersatu) respectively.

In June this year, Upko lost another two assemblymen when Limus and James quit the party to become independent elected representatives who were Perikatan Nasional friendly.

Madius who was asked on Upko’s preparations for the election said the party’s election machinery had been prepared since 2018 especially in areas of focus.

On candidates, Madius said Upko had many talented members who fitted the bill as a candidate and they would be considered for the election.

“We will take the betrayal of our former wakil rakyat as a lesson which is why we agree that the most important priority in the party leaders who are ready to become candidates is loyalty to the party’s struggles.

“Loyalty, and I believe that a candidate with this trait will be victorious. This will be brought up for discussion among Upko members who are interested to become candidates,” he stressed.

He disclosed that a few important issues were raised in the first Presidential Council meeting of the Warisan-PH Sabah-Upko bloc and they would be meeting again in a couple of weeks to make joint decisions.

Madius also said that there had been requests for him to contest in the coming state election.