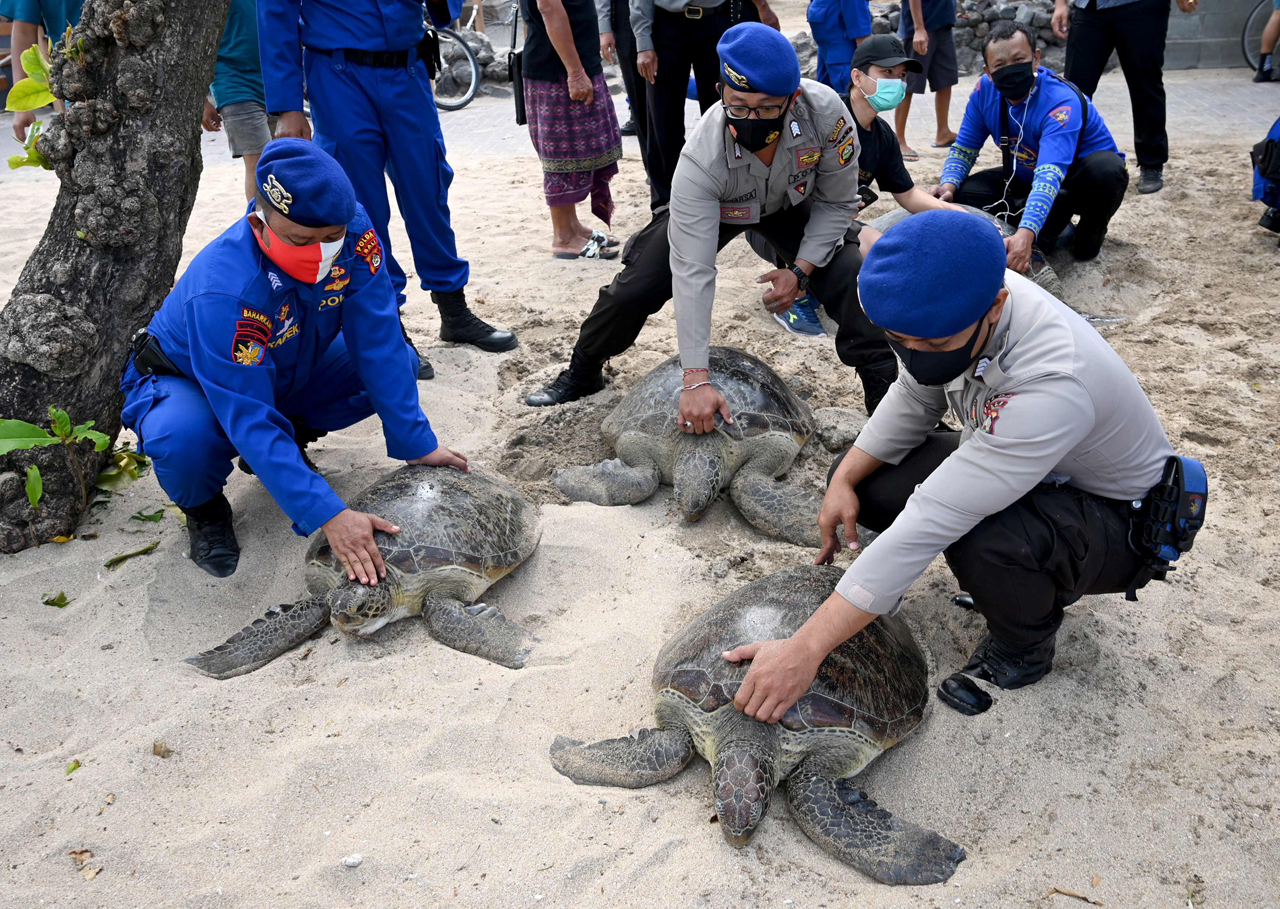 BALI, Indonesia: Around two dozen green turtles were released back to the wild in Bali yesterday after the endangered creatures were rescued from poachers on the Indonesian holiday island.

Marine officials carefully guided the giant reptiles as they thrashed their flippers in the sand to propel themselves toward the water.

The turtles were among 36 seized after a raid last month that saw the arrest of several suspected traffickers — who could face five years behind bars if convicted under Indonesia’s wildlife protection laws.

“Hopefully these 25 turtles will survive so that they can lay their eggs again,” said Bali conservation agency chief Agus Budi Santosa, adding that 11 others rescued at the time would be freed later.

The turtles, which can grow to more than a metre  in length and weigh upwards of 300 kilogrammes, are under threat due to poaching and habitat destruction.

Their eggs are considered a delicacy and they are also slaughtered for their meat, skin and shells.- AFP