Sunday, September 27
You are at:Home»World»Japan marks 75 years since Hiroshima 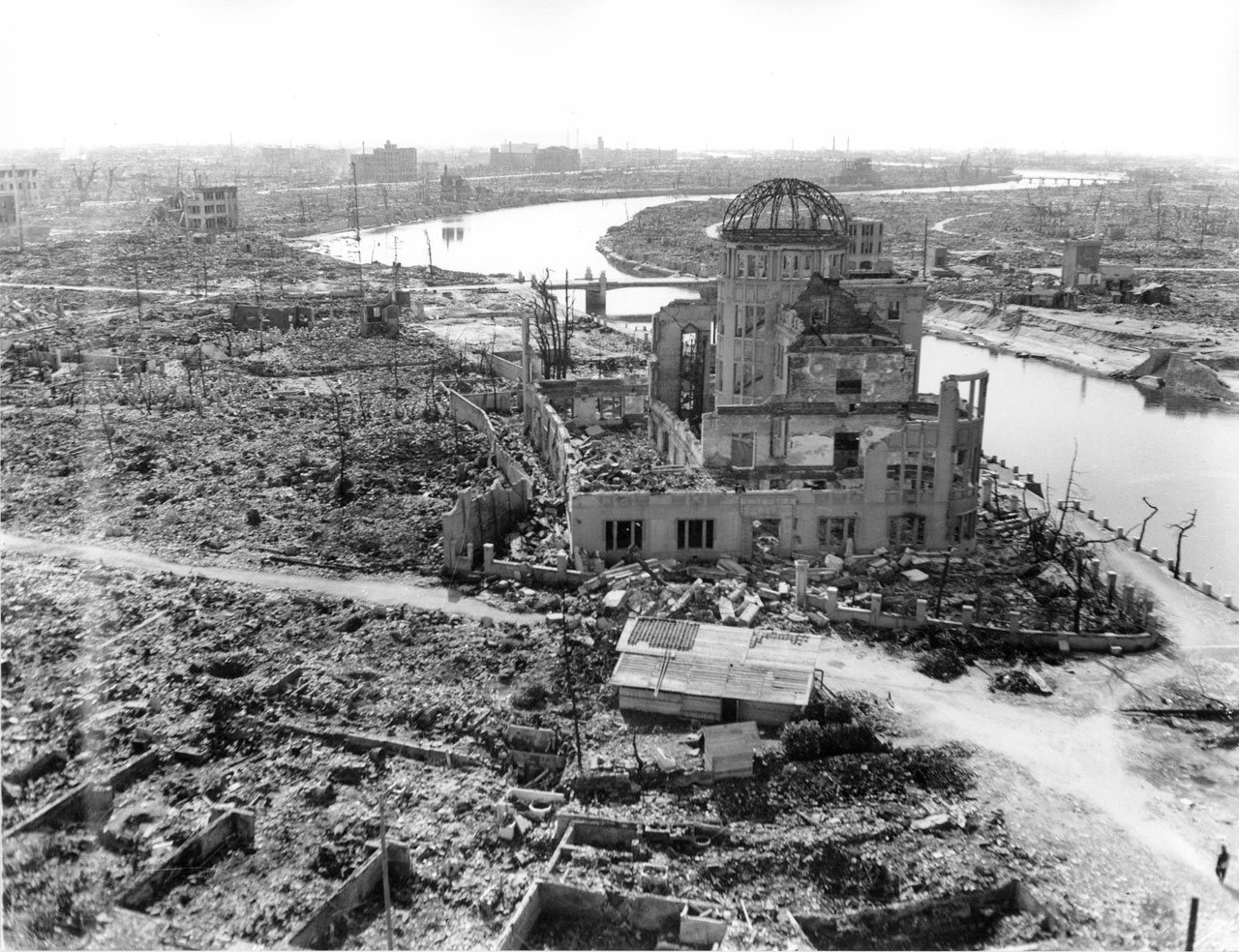 A picture taken on November 1945 by the US Army and released by the Hiroshima Peace Memorial Museum shows the A-bomb Dome, three months after the atomic bomb was dropped by B-29 bomber Enola Gay over the city of Hiroshima. — AFP file photo

HIROSHIMA, Japan: Japan yesterday marked 75 years since the world’s first atomic bomb attack, with the coronavirus pandemic forcing a scaling back of ceremonies to remember the victims.

Survivors, relatives and a handful of foreign dignitaries attended this year’s main event in Hiroshima to pray for those killed or wounded in the bombing and call for world peace.

But the general public was kept away, with the ceremony instead broadcast online.

Participants, many of them dressed in black and wearing face masks, offered a silent prayer at exactly 8.15am (2315 GMT Wednesday), the time the first nuclear weapon used in wartime was dropped over the city.

Speaking afterwards, Hiroshima mayor Kazumi Matsui warned against the nationalism that led to World War II and urged the world to come together to face global threats, like the coronavirus pandemic.

“We must never allow this painful past to repeat itself. Civil society must reject self-centred nationalism and unite against all threats,” he said.

Japan’s Prime Minister Shinzo Abe, who has been criticised by some for his attempts to revise a key pacifist clause of the country’s constitution, pledged in his address to “do my best for the realisation of a world without nuclear weapons and peace for all time”.

The bomb attack on Hiroshima killed around 140,000 people, many of them instantly, with others perishing in the weeks and months that followed, suffering radiation sickness, devastating burns and other injuries.

Many of the traditionally sombre events to mark the anniversary have been cancelled because of the pandemic, a global threat that carries an all-too-familiar fear for some survivors, including 83-year-old Keiko Ogura, who lived through the Hiroshima bombing.

With the outbreak of the virus, “I recall the fear I felt right after the bombing… no one can escape”, she told journalists last month.

She too urged people around the world to recognise the need to fight common challenges as one.

“Whether it’s the coronavirus or nuclear weapons, the way to overcome it is through solidarity among mankind,” she said.

The landmark anniversary this year underscores the dwindling number of bomb survivors, known in Japan as “hibakusha”, many of whom suffered physically and psychologically after the attack.

Those who remain were mostly infants or young children at the time, and their work to keep the memory of the bombings alive and call for a ban on nuclear weapons has taken on increasing urgency as they age.

Activists and survivors have created archives of everything from the recorded testimony of hibakusha to their poems and drawings.

But many fear interest in the bombings is fading as they recede beyond the horizon of lived experience and into history.

“Just storing a pile of records… is meaningless,” said Kazuhisa Ito, the secretary general of No More Hibakusha Project, an NGO that compiles documents and testimonial accounts from survivors.

“What we want is to engage young people with this issue and exchange views with them, globally,” he told AFP.

The historical assessment of the bombings remains the subject of some controversy.

The United States has never apologised for the bombings.

Japan announced its surrender just days later on Aug 15, 1945, and some historians argue the bombings ultimately saved lives by avoiding a land invasion that might have been significantly more deadly.

But in Japan, the attacks are widely regarded as war crimes because they targeted civilians indiscriminately and caused unprecedented destruction.

In 2016, Barack Obama became the first sitting US president to visit Hiroshima, where he offered no apology but embraced survivors and called for a world free of nuclear weapons.

Hiroshima and Nagasaki were key stops on Pope Francis’s first trip to Japan last year, where he denounced the “unspeakable horror” of the attacks. — AFP