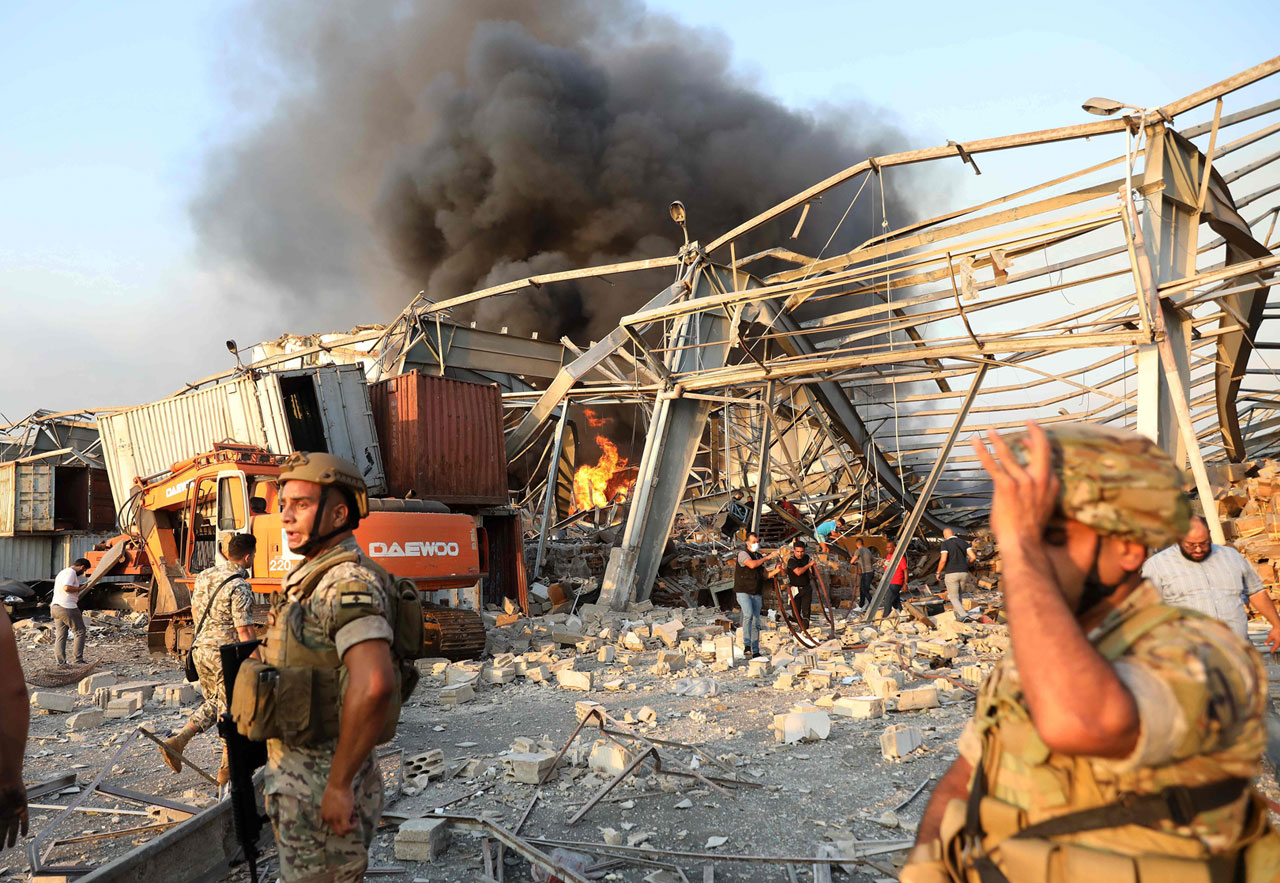 Lebanese firefighters work at the scene of an explosion in the Lebanese capital of Beirut. AFP File Photo

The government of Lebanon has given an “investigative committee” four days to determine responsibility for the devastating explosion in Beirut port on Tuesday, Foreign Minister Charbel Wehbe told French radio Thursday.

“This morning, a decision was taken to create an investigative committee which in four days maximum must provide a detailed report on responsibility — how, who, what, where? There will be judicial decisions,” he told Europe 1 radio.

“It is serious, and we take it seriously,” Wehbe said.

“Those responsible for this horrible crime of negligence will be punished by a committee of judges,” he added.

The provisional death toll from the massive blast stood at 137 Thursday, but with dozens missing and 5,000 wounded, the number of victims was expected to rise as rescue workers continued to comb through the rubble.

The Beirut governor estimated up to 300,000 people may have been made temporarily homeless by the disaster, which he said would cost the debt-ridden country in excess of $3 billion.

On Wednesday, the government called for the house arrest of those responsible for the storage of a large quantity of ammonium nitrate, a substance used in fertilisers and explosives, in the port of the Lebanese capital.

According to Lebanese officials, the explosion was caused by a fire igniting 2,750 tonnes of the substance in a portside warehouse.

“It is an accident… preliminary reports indicate it is mismanagement of explosive products. This is a very serious neglect that continued for six years,’ said Wehbe.

Prime Minister Hassan Diab and President Michel Aoun have promised to put the culprits behind bars, but trust in institutions is low and few on the streets of the Lebanese capital hold out hope of an impartial inquiry.

Human Rights Watch on Thursday supported mounting calls for an international probe as the only credible option.

“An independent investigation with international experts is the best guarantee that victims of the explosion will get the justice they deserve,” the watchdog said.

In France, prosecutors on Wednesday opened a probe into the blast over injuries inflicted on 24 French citizens.

And French President Emmanuel Macron was expected in Lebanon later Thursday, the highest-ranking foreign leader to visit since the tragedy.

Macron was due to meet Aoun and other political leaders as well as civil society representatives. – AFP