Tuesday, September 22
You are at:Home»News»34 individuals slapped with RM1,000 compound for failing to comply with SOP in Kuching 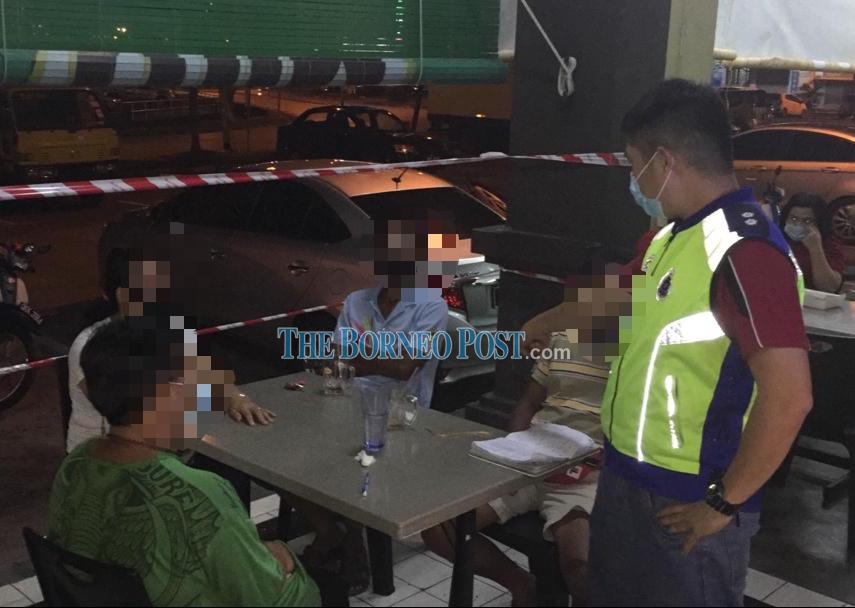 Customers of a food outlet were compounded by police for not observing the SOPs.

KUCHING (Aug 8): A total of 34 local individuals were slapped with a RM1,000 compound when they were found to be violating the standard operating procedures (SOPs) required under the Recovery Movement Control Order last night.

Kuching District police chief ACP Awang Din Awang Gani in a statement today said 20 of the individuals were found to be violating the SOPs at the Square Tower in Kuching Waterfront.

“These individuals were found to be gathering in groups and were not practicing physical distancing,” said Awang Din.

During the checks at the food premises, a total of 14 individuals were slapped with the same compound which were issued under Regulation 3 of the Prevention and Control of Infectious Diseases (Measures Within Infected Local Areas)(No. 7) Regulations 2020. 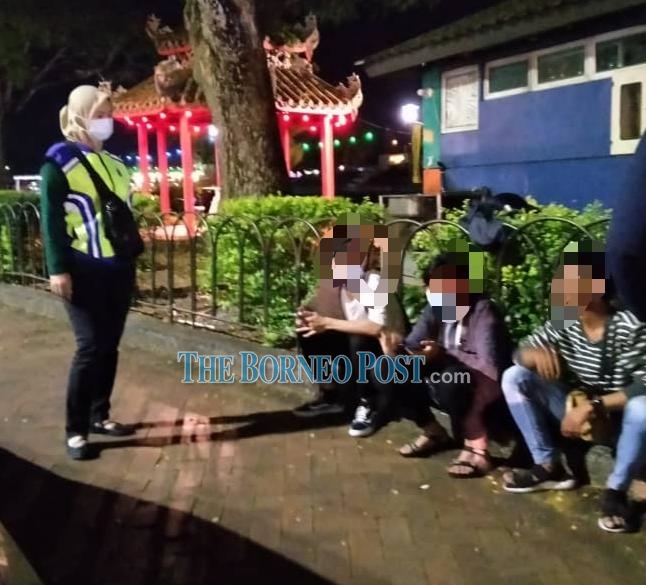 Individuals found loitering at the Kuching Waterfront were slapped with the RM1,000 compound for not adhering to the SOPs.

“Among the 14 individuals, one was the premise owner and another was a premise worker. The other 12 individuals are customers of the premises,” he added.

Awang Din also pointed out that all four food premises have failed to check their customer’s body temperature as well as keeping a record with a logbook and providing hand sanitisers.

Meanwhile, checks being carried out at an entertainment outlet at Jalan Petanak saw two foreign females charged under Section 6(1)(c) of the Immigration Act 1959/63 for violating the SOPs.

The compounds, he said, will have to paid within 14 days to the Kuching Division Health Office.

“Police will continue to take stern action against those who do not observe the SOPs in the nation’s effort to break the Covid-19 chain of infection,” said Awang Din.

He added that the compounds will act as a reminder to the public to always adhere to the SOPs provided by the Ministry of Health.