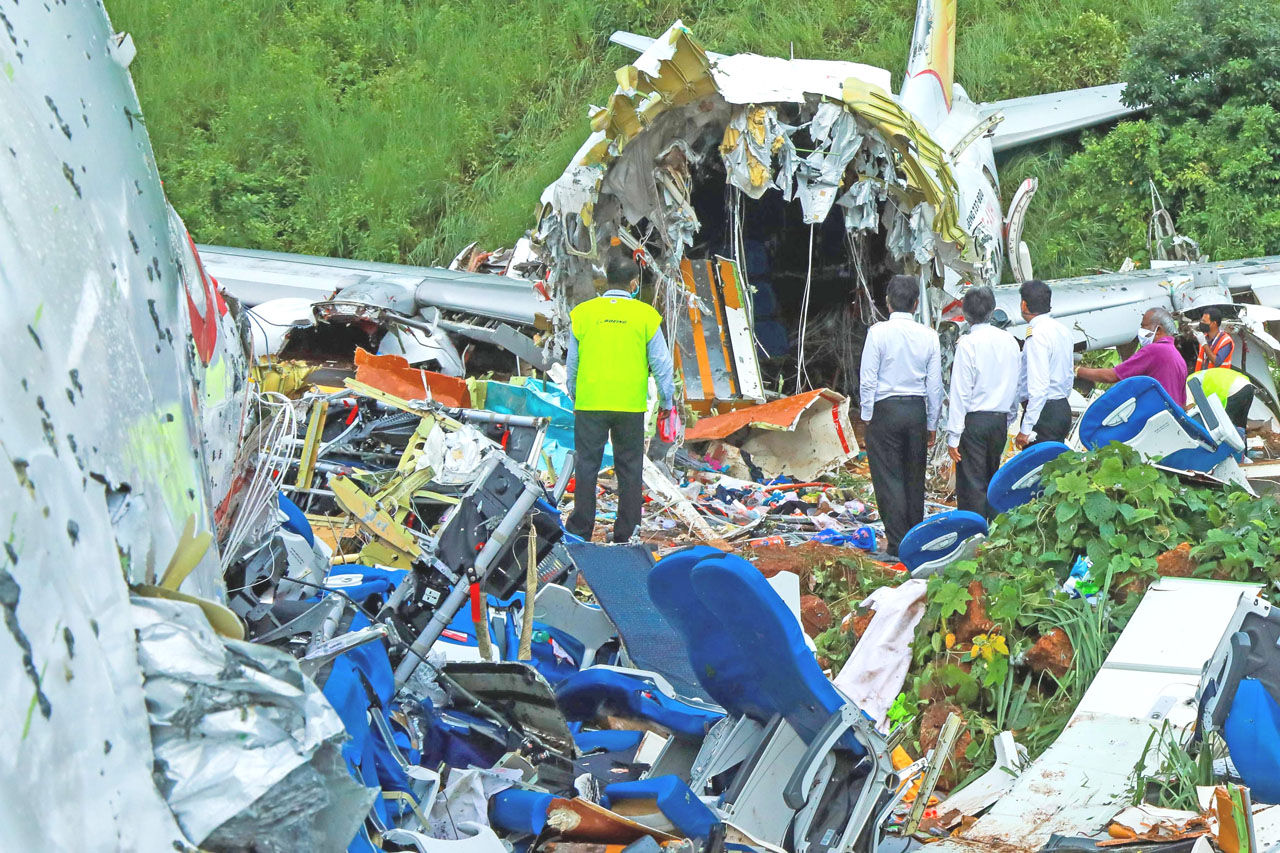 KOZHIKODE, India: Fierce rain and winds lashed a plane carrying 190 people before it crash-landed and tore in two at an airport in southern India, killing at least 18 people and injuring scores more, officials said yesterday.

The Air India Express Boeing 737, on a special flight from Dubai to bring back Indians stranded by the coronavirus pandemic, overshot the runway at Kozhikode in Kerala state late Friday, plunged down an embankment and broke up.

“Fuel had leaked out so it was a miracle that the plane did not catch fire, the toll could have been much higher,” one senior emergency official at the scene said.

Passenger Renjith Panangad, 34, recalled the plane touching the ground and then everything went “blank”.

“After the crash, the emergency door opened and I dragged myself out somehow,” he told AFP from a hospital bed in Kozhikode.

“The front part of the plane was gone – it was completely gone. I don’t know how I made it but I’m grateful. I am still shaken.”

The impact was so brutal that the nose of the Boeing 737 finished about 20 metres (yards) from the back half of the jet.

“All that we could hear were screams all around.

“People were soaked in blood everywhere, some had fractures, some were unconscious,” said local resident Fazal Puthiyakath who was among the first at the scene.

The fatalities included the two pilots as well as four children.

Kozhikode is considered a tricky airport as it has a table-top runway with a steep drop at one end.

Kerala has been hit by severe floods in recent days and heavy rains had been falling for several hours at Kozhikode as the jet landed.

Indian media quoted air traffic control officials and a flight tracker website as showing the Boeing 737 twice circled and started to land before it crashed at the third attempt.

The jet repeatedly jumped up and down in buffeting winds before the landing, survivors told Indian television. 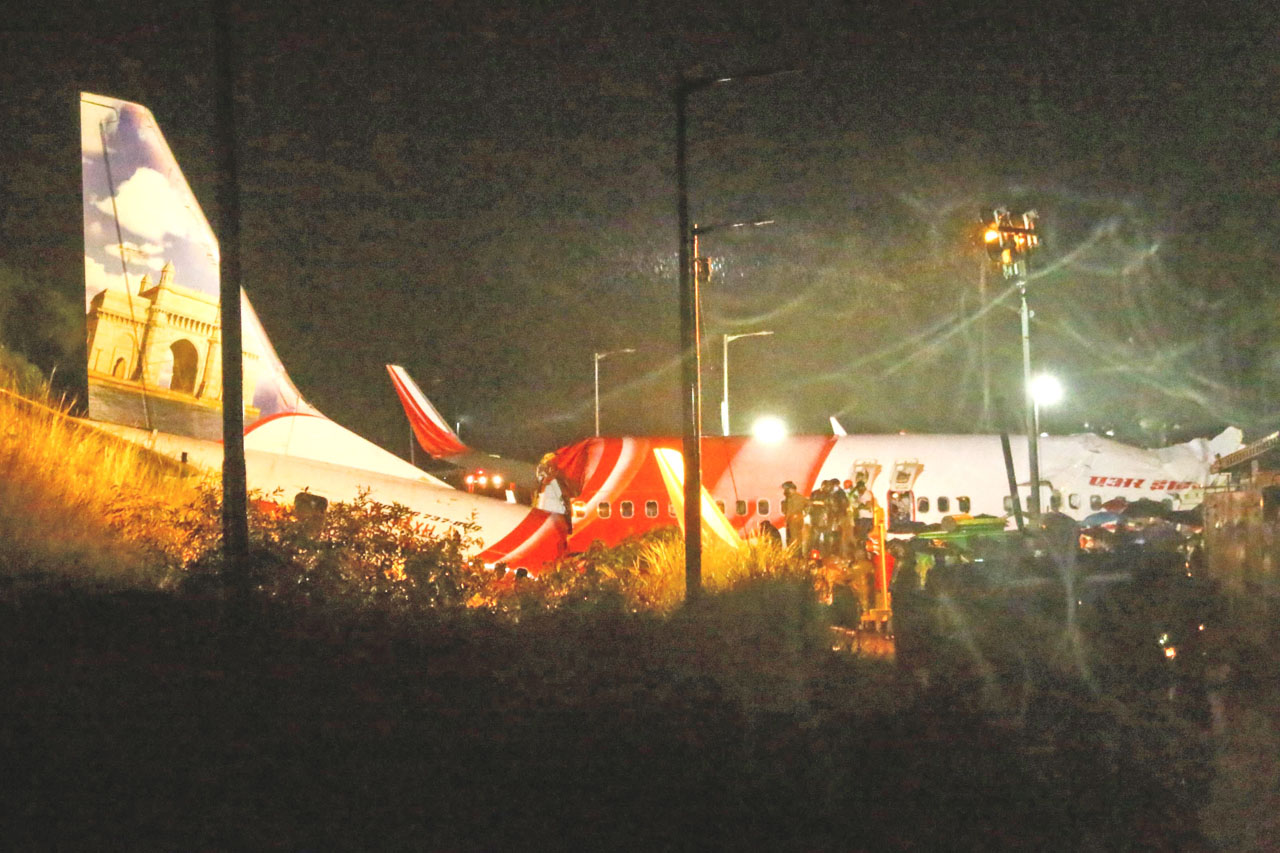 First responders inspect the wreckage of the jet after it crashed by overshooting the runway. — AFP photo

Local taxi drivers and traders joined airport rescue staff to help free people from the wreckage in the dark and wet.

Several people on board had to be cut out with special equipment. It took three hours to clear all the injured and bodies, officials said.

Taxis ferried many of the injured to hospitals.

“Locals rushed to the spot after hearing the noise,” one rescue worker said. “People came in cars, messages were being sent on WhatsApp… that people were needed to help.

“At first, people took the injured to the hospitals in their cars. Then the emergency services took over.”

One of the infants died in a car before the child could receive treatment.

The flight was one of hundreds in recent months to bring home tens of thousands of Indians stranded abroad by the coronavirus pandemic, many of them in Gulf countries.

Kerala’s health minister K.K. Shailaja asked all those involved in the rescue to go into isolation because of the risk of catching the coronavirus from passengers.

According to flight documents seen by AFP, 15 of those on board had lost their jobs and 12 were returning for a medical emergency. Two were coming back to be married.

“My thoughts are with those who lost their loved ones,” Modi said.

Pakistani Prime Minister Imran Khan said he was saddened by the “loss of innocent lives”.

In June, a Pakistan International Airlines flight ploughed into a crowded Karachi neighbourhood, killing 97 people aboard and a child on the ground.

The last major plane crash in India was in 2010 when an Air India Express Boeing 737-800 from Dubai to Mangalore overshot the runway killing 158 people. — AFP