Tuesday, August 9
You are at:Home»News»Nation»Azhar, Mohd Rashid apply to strike out suit by Dr Mahathir on appointments of Dewan Rakyat Speaker, Deputy Speaker 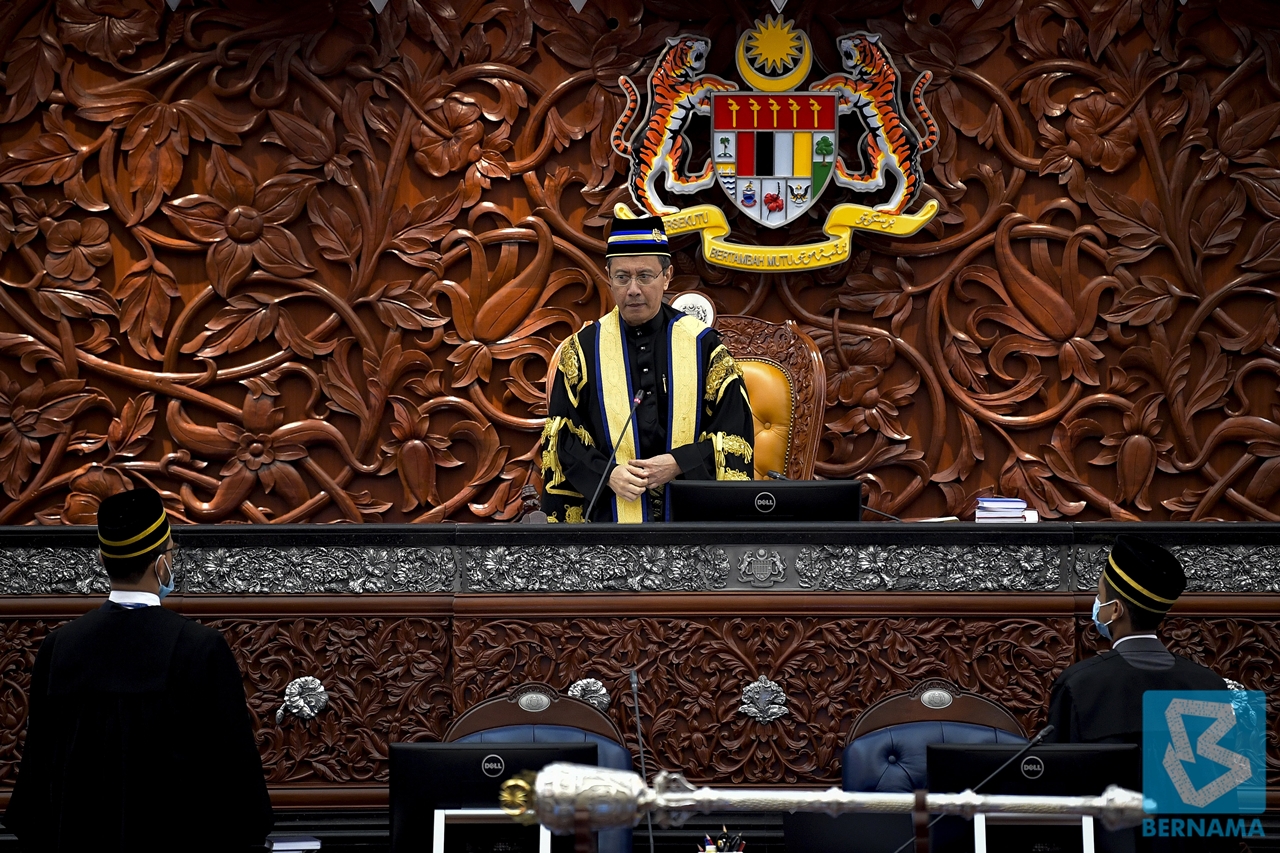 KUALA LUMPUR (Aug 11): Datuk Azhar Azizan Harun and Datuk Mohd Rashid Hasnon have filed an application to strike out an originating summons filed by former Prime Minister Tun Dr Mahathir Mohamad, his son and three others,  to challenge the legitimacy of the appointments of Azhar Azizan and Datuk Seri Azalina Othman Said as Dewan Rakyat Speaker and Deputy Speaker, respectively.

According to the lawyer, the court set Aug 13 for further case management.

Azhar and Mohd Rashid, who were named the first and third defendant, respectively, filed  the application last Aug 7 on grounds that the matters contained in the originating summons are provided in the Dewan Rakyat Standing Orders and that any matters relating to the business of Parliament is not subject to the court’s jurisdiction.

They also claimed that the issues raised by the plaintiffs fall into the category for  parliamentary debate and any parliamentary proceedings cannot be questioned in any court as provided under  Article 63 (1) of the Federal Constitution.

In the originating summons, the five plaintiffs are seeking a declaration that the Dewan Rakyat Speaker’s post has been vacant since July 13 and that the appointments of Azhar and Azalina are invalid because it is unconstitutional and/or it is contrary to the Federal Constitution and/or Standing Orders 3,4, 6 and 47 of the Dewan Rakyat and/or the rule of law.

The plaintiffs are also seeking a declaration that during the 14-day period for each member to nominate the candidates for the Speaker and Deputy Speaker’s posts begins from the date the motion to vacate the posts of Speaker and/or Deputy Speaker was passed.

They are also seeking an order for the Speaker and Deputy Speaker if the posts were vacated during a sitting, to undergo the process of nomination, debate and voting by an adequate number of MPs to make it a valid appointment process.

Among the reasons given by the plaintiffs in their summons is that the action of the third defendant (Mohd Rashid) who made the ruling after informing that there was only one candidate for the Dewan Rakyat Speaker’s post is invalid as no chance was given by Mohd Rashid and the fourth defendant (Nizam Mydin) to all MPs to nominate and/or debate or vote for the purpose of appointing the new Speaker within 14 days before the sitting can proceed.

The plaintiffs also claimed that the action of the fourth defendant to proclaim and call Azhar and Azalina to take the place of Speaker and Deputy Speaker respectively is contrary to the Federal Constitution and/or Standing Order of the Dewan Rakyat, and is invalid.

In his supporting affidavit, Dr Mahathir said the court, under the scope of the judicial power, is obliged and has the right to grant all the declarations sought by the plaintiffs to determine that any Dewan Rakyat sitting after July 13 which involved national decisions and/or the approval of bills that are not tainted with defects and invalidity.

He said if the court did not carry out its responsibility to correct the irregularities applied for in the originating summons, then the sitting of Dewan Rakyat after July 13 either chaired by Azhar or Azalina will be invalid and will have the potential of making any approval given to bills and debates to also be invalid. – Bernama