Saturday, December 3
You are at:Home»News»More aware of adverse impact of ghost nets 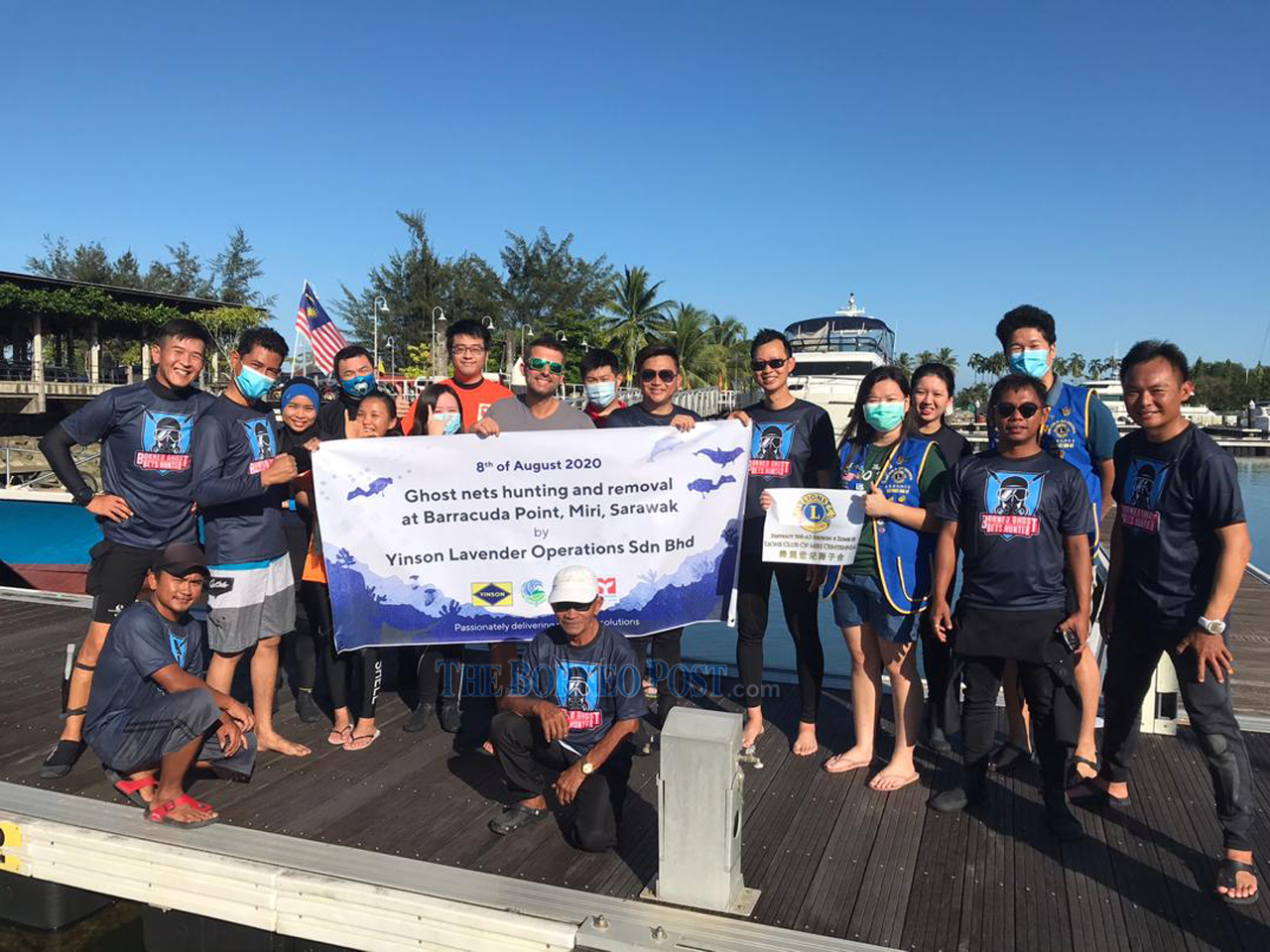 MIRI: Many local divers are more aware of the adverse impact imposed by ghost nets on the marine environment now, than they were several years ago.

Marine eco-activist Iqbal Abdollah said this could be seen from the rising number of participation in ghost-net hunting expeditions carried out here over the years.

He was encouraged to see more volunteers taking part, adding that they also comprised groups representing some prominent corporate organisations.

Last weekend, the volunteer divers came together for ‘Operation Barracuda’, which focused on retrieving ghost nets in and around the Barracuda Point dive site here.

They comprised staff members of Yinson Lavender Operations Sdn Bhd, as well as members of Miri Divers and Lions Club of Miri Centennial.

“The larger number of volunteers, who come from various backgrounds, this time around signifies higher awareness of ocean pollution,’ said Iqbal who is also the founder of Future Ocean Borneo – an enterprise that provided technical support to ‘Operation Barracuda’.

However, he said the operation did not turn out as they had planned, due to some unforeseen circumstances.

“Still, we found a mooring line that appeared to have been cut off from the buoy — for some unknown reasons. We successfully fixed it.

“We might have not achieved the objective of Operation Barracuda, but I felt th at it was still a fruitful outing for all the volunteers,” said Iqbal.

Ghost nest refer to the fishing nets that have gone lost at sea – either accidentally due to strong storms or currents; or deliberately, in that irresponsible fishermen simply discard the nets or other gears at the fishing sites.

These abandoned nets are hurting the marine environment, adversely impacting the fish stock and also posing danger to vessels.

“Ghost-net hunting and their removal serve as a direct way to protect our coral reefs.

“As the fishing activities go on, so should the ghost-net removal activities,” said Iqbal.

He also believed that there would be more volunteer divers coming in to contribute to the cause.

“Hopefully, our next operation would have more success in removing the abandoned nets from the dive site,” he added.