Sunday, January 29
You are at:Home»News»Crime»RM1,000 compound issued to 19 individuals in Kuching for failing to adhere to SOP
For the freshest news, join The Borneo Post's Telegram Channel and The Borneo Post on Newswav. 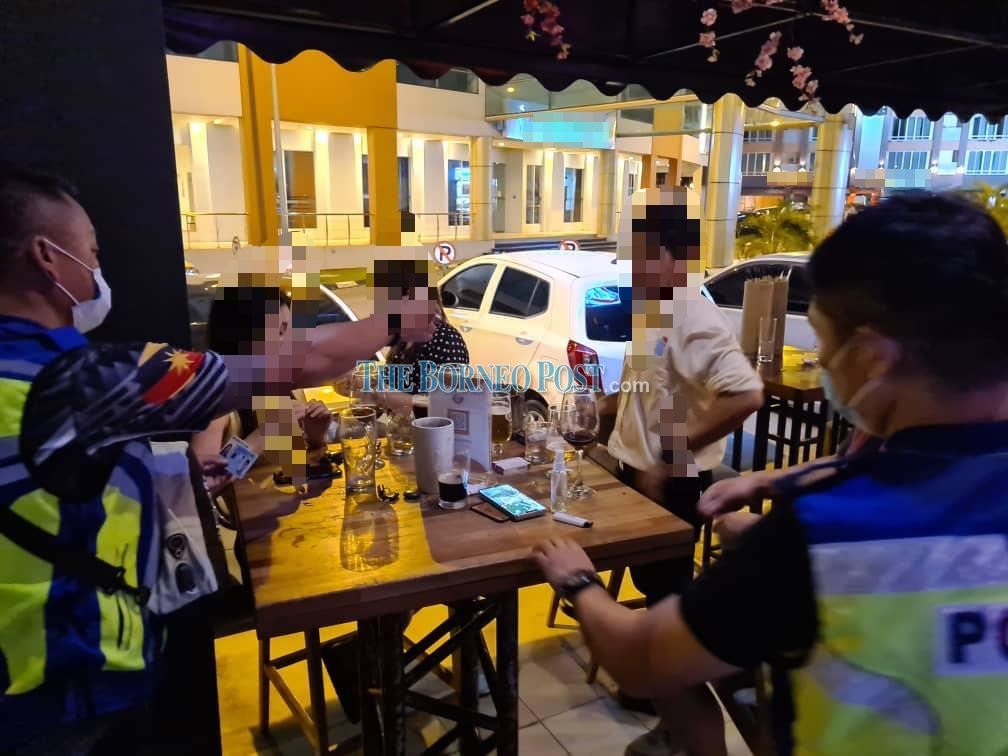 Policemen seen issuing the RM1,000 compound to patrons at a bistro.

KUCHING (Aug 11): Seventeen locals and two foreigners have been slapped with a RM1,000 compound each after they failed to adhere to standard operating procedures (SOP) under the Recover Movement Control Order (RMCO) period last night.

Kuching District Police chief ACP Awang Din Awang Gani said a check conducted by the police at the BDC commercial area found four men not wearing face masks, while the second check at a bistro at Jalan Song resulted in five (three men and two women) being fined RM1,000 each for not adhering to the SOPs.

Another check carried out at King Centre found four men and a woman not practicing physical distancing who were subsequently fined RM1,000 each, followed by five others.

He also said that stern action should be taken against premise operators who still failed to provide all the stipulated items as part of the SOP.

“There have been notifications issued and provided by the media but it seems that some premise operators do not take them seriously,” he said.

Awang Din also said that the police will continue to monitor and inspect outlets and premises to curb the spread of the Covid-19 pandemic.

“Before this, individuals were the ones who were compounded for not adhering to SOPs, however, operators will not be exempt from enforceent if they fail to provide all the requirements in line with the SOP throughout the RMCO,” he said.

All compounds must be paid within 14 days to the Kuching Division Health office.