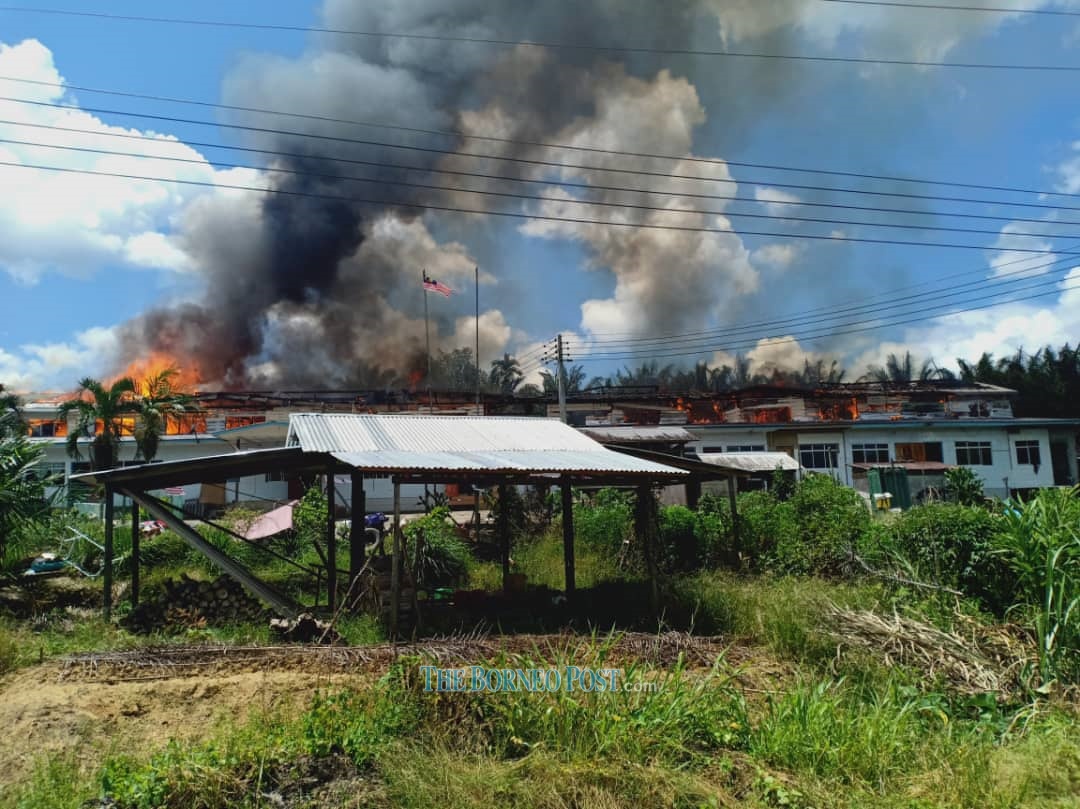 JULAU (Aug 17): A 20-door longhouse in Nanga Bilat, Entabai was razed in a fire earlier this afternoon.

According to Meluan assemblyman Rolland Duat’s service centre, the fire in Rumah Chat started from a kitchen of the longhouse slightly after 1pm and spread very fast, leaving no opportunity for longhouse residents to salvage their belongings.

Fortunately, no casualties were reported as all 142 longhouse residents managed to escape unscathed in the tragedy.

Meanwhile, Bintangor Fire and Rescue Department (Bomba) chief Nicholas Belulin said that they received a distress call at 1.11pm and rushed a team of six firefighters to the scene.

When firefighters arrived at the scene, the fire had almost razed the entire longhouse and an initial estimate placed 90 per cent of the longhouse was destroyed in the fire.