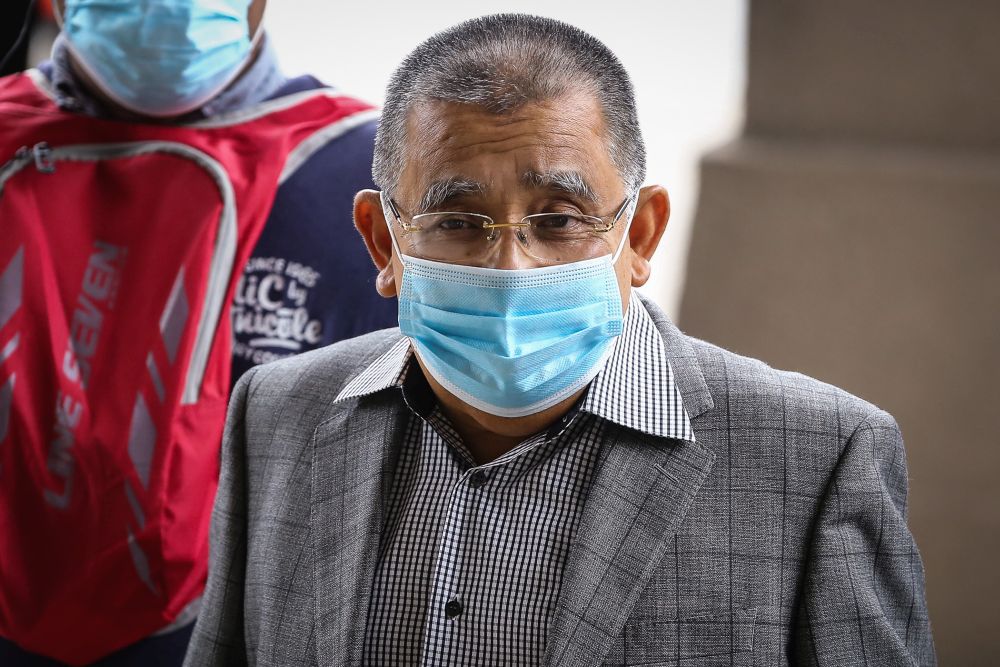 Mohd Isa said he never discussed or asked Zahid about the purchase.

“I never instructed Zahid to ask Haji Ikhwan (Gegasan Abadi Properties Sdn Bhd board member Ikhwan Zaidel) to reward me for helping to approve the purchase of MPHS.

“I also never sent any greetings to Haji Ikhwan because he had nothing to do with me and I did not know him personally,” he said when reading out his statement on the first day of his defence trial, involving nine corruption charges.

He told the court that Zahid only brought documents whenever he went to his (Mohd Isa) office, never a bag.

“As a politician, I am a careful person and is unlikely to receive money, let alone of such large amount, at Menara Felda where people, especially my staff, can see it.

“When I moved, I was always accompanied by my bodyguard and driver, so if I did receive money in such large quantity, it would be impossible for me to carry it myself, nor would I allow my bodyguard to carry so much money,” he added.

Mohd Isa also said that he never helped nor gave approval for the purchase of MPHS as he did not have the power to do so.

“I have clearly stated that I did not have the authority to approve the purchase of the MPHS, so why did I suddenly ask for money?

Mohd Isa also told the court he did not understand how the word ‘Salam’ cropped up when he never sent any greetings to Ikhwan.

Prior to this, Zahid, who is the 16th prosecution witness, told the court that every time Mohd Isa would sent his “Salam” to Ikhwan, it would mean that the latter (Mohd Isa) needed money.

Questioned by his lawyer, Datuk Salehuddin Saidin, during examination-in-chief, when he terminated Zahid’s service, Mohd Isa said it was in early 2017 because hewas showing support for (Pakatan) Harapan.

Mohd Isa was appointed FICSB chairman July 2, 2013 when FICSB was first established by Felda, and was also a member of the Board of FICSB, but he resigned on Jan 25, 2017, four years in both positions.

Each charge, framed under Section 16a(A) of the Malaysian Anti-Corruption Commission (MACC) Act 2009, punishable under Section 24(1) of the same law, provides a jail term of not exceeding 20 years and a fine of at least five times the bribe amount, or RM10,000, whichever is higher, upon conviction.

The hearing is before judge Mohd Nazlan Mohd Ghazali. — BERNAMA