Saturday, December 3
You are at:Home»News»Son of former Sarawak Head of State joins PSB 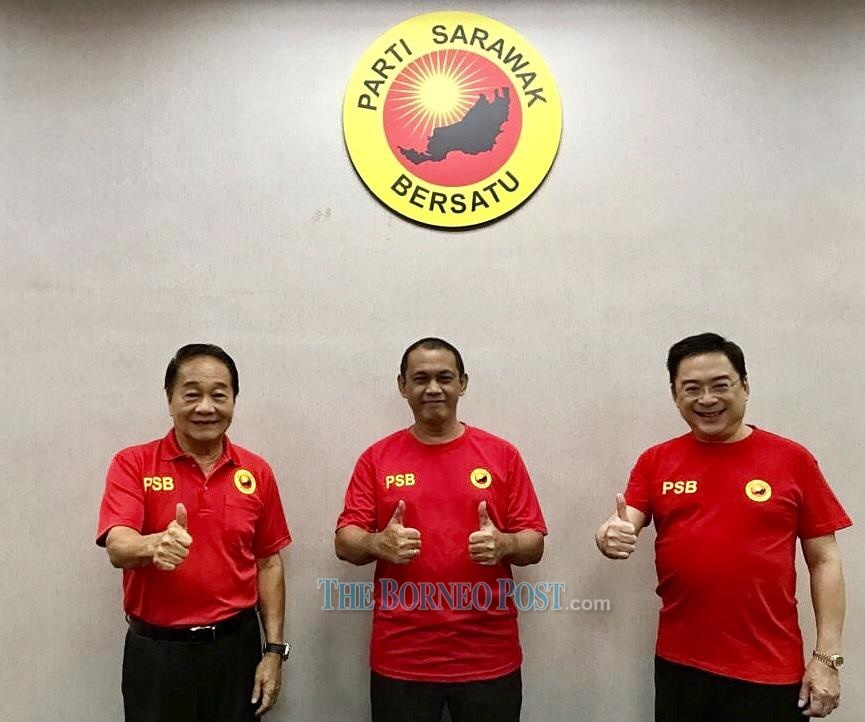 Ehsan (centre) in a photo call with Wong (left) and PSB secretary-general George Lo after handing in his membership form.

A PSB statement said Ehsan had decided to join the party as he believed in its vision and mission to bring about change for the people and to uplift the living standards of the poor.

“Ehsan feels that the poor in both rural and urban areas have been left far behind and that it is time for a change.

“Ehsan also said that he is attracted to PSB as a truly local Sarawak party that is multi-racial with support from all races as opposed to single race politics,” it said.

PSB president Dato Sri Wong Soon Koh also said in the statement that the willingness of people like Ehsan to join his party in its campaign to bring about change for Sarawak showed that it is a truly multi-racial with broad support from across all races.

“Not only that, PSB also has a line-up of candidates from various backgrounds, fields and communities to strengthen the vision of PSB as a party that truly represents every Sarawakian,” he said, referring to the state election which is due next year.