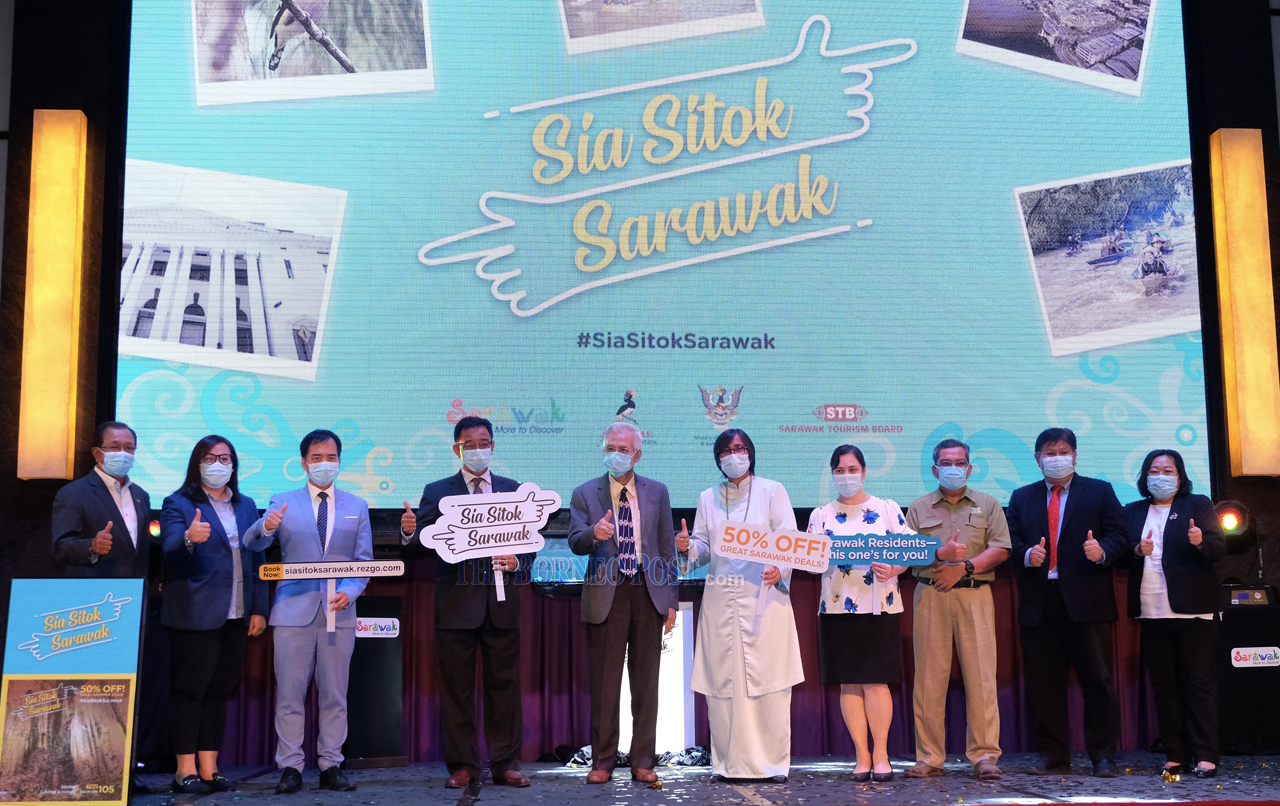 According to Minister of Tourism, Arts and Culture Datuk Abdul Karim Rahman Hamzah, the campaign will not only benefit industry players including the tour and park guides and operators, but also Sarawakians wishing to enjoy domestic tourism.

“The campaign serves as a stimulus package for the tourism sector in this state, and at the same time, it provides confidence towards revitalising the industry.

“I believe this package is good for Sarawakians to explore the various products as well as tourist destinations across the state,” he told reporters after officiating at the campaign’s launch at a hotel here yesterday.

Abdul Karim, who is also the Minister of Youth and Sports, said this state-funded initiative would also open up more employment opportunities in the tourism and hospitality sectors, in that many industry players had lost their jobs due to the prolonged Movement Control Order (MCO) period, which was enforced to flatten the curve of Covid-19 infections.

“As such, we believe that with the launch of this campaign, we can gain confidence from the tourists, especially the locals, who will definitely revitalise this industry,” he said.

In his opening remarks earlier, Abdul Karim said there were over 30 intra-state packages offered including daytrips and non-overnight tours, as well as full-board multiple-day trips with accommodation and meals provided in Kuching, Sibu, Mukah, Bintulu, Miri and Mulu.

The campaign, which had kicked off on July 15 and would conclude this Oct 15, initially set the travel period for the packages to run until Nov 30 this year.

However, Abdul Karim later announced that the travel period would be extended to December to give Sarawakians more opportunities to enjoy the packages offered under the campaign.

Adding on, Abdul Karim said the ‘Sia Sitok Sarawak’ campaign had been ‘delicately planned’ by Sarawak Tourism Federation (STF) to include various packages with substantial discount offers of up to 50 per cent – all meant to help revive and boost local travels.

“For a start, the campaign will first be open to Sarawak Covid-19 ‘frontline warriors and relief workers’ – namely the healthcare and medical personnel, Royal Malaysia Police, People’s Volunteers Corps (Rela), the Armed Forces, the Civil Defence Force, and Fire and Rescue Department.

“These heroes truly deserve this priority treatment in appreciation for their hard work, and for putting their lives on the line to help curb the spread of Covid-19,” he said.

The minister also said these packages would later be extended to all Sarawakians and non-Sarawakians residing in Sarawak (those with work permits) so that they too could experience ‘the beauty of Sarawak’ and take advantage of the many attractive tour products at affordable prices.

“This is another public-private partnership initiative, where this is a package for us to encourage domestic travel involving those from Peninsular Malaysia. The ‘Interstate Package Sarawak’ will kick off in mid-September, with travelling period from October to December this year. This catalytic programme will activate our ‘Visitors Incentive Package’ (VIP) – created to provide Sarawak travel agencies with various support to facilitate tourist arrivals, both domestic and international,” he added.

For further information about the packages, go to https://sarawak.travel/explore-all – for bookings, log on to https://siasitoksarawak.rezgo.com/.