Thursday, February 2
You are at:Home»News»Court»29-year-old drug dealer sentenced to death in Kuching
For the freshest news, join The Borneo Post's Telegram Channel and The Borneo Post on Newswav. 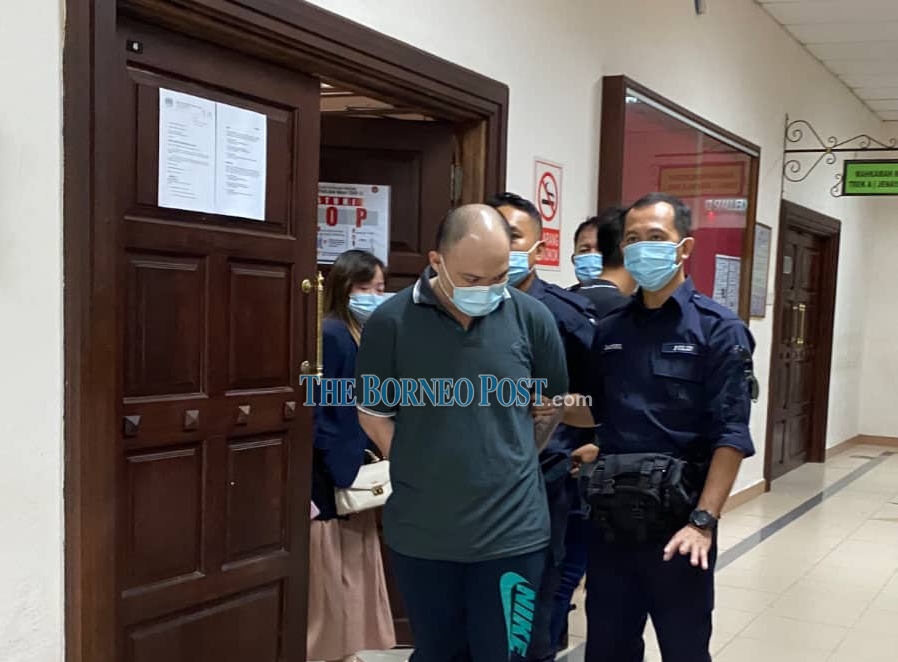 The accused is escorted by police after the judgement was passed.

KUCHING: A drug dealer was sentenced to death by hanging by the High Court here today on the charge of trafficking 211.95 grams of syabu, or methamphetamine two years ago.

In her judgment, Supang was satisfied when the prosecution successfully proved the case beyond a reasonable doubt.

“After examining the entire evidence, it appears that the accused in this case failed to reject the presumption under Section 37 (da) DDA 1952 and did not raise any reasonable doubt in the prosecution case.

“Therefore, the accused was found guilty of drug trafficking and convicted according to the charge,” she said.

Based on the charge, the man was charged with drug trafficking on Sept 11, 2018, at 7.15 pm at a house in Taman Tematu Hill, Jalan Datuk Stephen Yong here.

According to previous reports, the accused was arrested following the discovery of 12 transparent packets containing crystal lumps suspected to be syabu.

A total of seven prosecution witnesses were called to testify in this case.

The prosecution was conducted by Deputy Public Prosecutor Ronnie Entili while the accused was represented by lawyer Louis Jarau Patrick.