Sunday, June 13
You are at:Home»News»Former Stampin MP adamant that pasting Chinese characters on road signs was done with good intentions 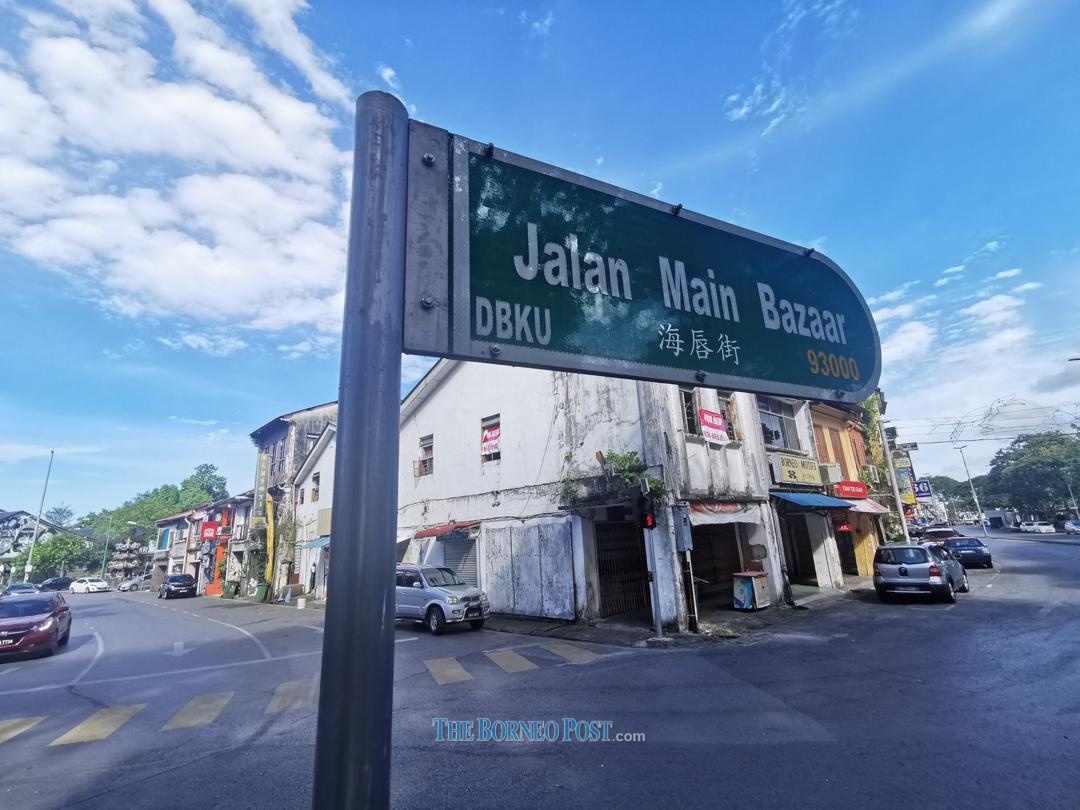 The road sign at Main Bazaar which had Chinese characters affixed to it by Dapsy Sarawak.

KUCHING (Aug 21): Former Stampin MP Julian Tan opines that the community ought to look at the road sign issue in a broader manner.

He said the issue was not about vandalism but instead everyone should look at a whole picture, which was that what Democratic Action Party Socialist Youth (Dapsy) Sarawak did was restoring the road signs to what they used to be.

“Main Bazaar is a historic and iconic place, and a tourism spot. The dual language road signs were there and then they were gone.

“What Dapsy Sarawak did was restore those road signs. The road sign issue has been there and SUPP (Sarawak United Peoples’ Party) knew about it.

“SUPP president (Dato Sri) Dr Sim (Kui Hian), who is a Chinese minister (of Local Government and Housing) in the state cabinet, knew about the issue and they did nothing about it,” he said when contacted by The Borneo Post here today.

He insisted that what Dapsy Sarawak did was out of good intentions — to restore what the city centre used to have.

He said he had dug into a news report back in 2015 when the late Pehin Sri Adenan Satem was the chief minister, and Dr Sim thanked Adenan for his support to have DBKU put up bilingual road signs in the city centre.

The DAP leader noted that Dr Sim had said that those bilingual road signs put the city back to what it used to have.

“Dr Sim even said that it was reflective of the state’s racial harmony and that multilingual road sign was one of the traditions that the state has,” Tan said.

Tan reiterated that the state Dapsy affixed Chinese characters to those road signs “with good intentions”.

On note that some netizens had condemned their act yesterday, he felt that those so-called negative comments did not come from Kuchingites but cyber troopers from Umno and PAS.

“Those netizens’ responses were from Umno/PAS’ cyber troopers and even (former prime minister Datuk Seri) Najib (Tun Razak) knew about it. It is alarming that Umno and PAS have infiltrated our state, and PBB (Parti Pesaka Bumiputera Bersatu) is playing the same tune already,” he said.

Tan reminded all that Adenan, who passed away on Jan 11, 2017, went all-out to defend Sarawak from the intrusion of Umno and PAS.

“It is our simple good intention to restore what the historic part of Kuching used to have and PBB should make a stand to stop the Umno culture in Sarawak.

“Why are they (PBB) singing the Umno/PAS tune? It is not us (Dapsy) trying to stir up the issue,” he said.