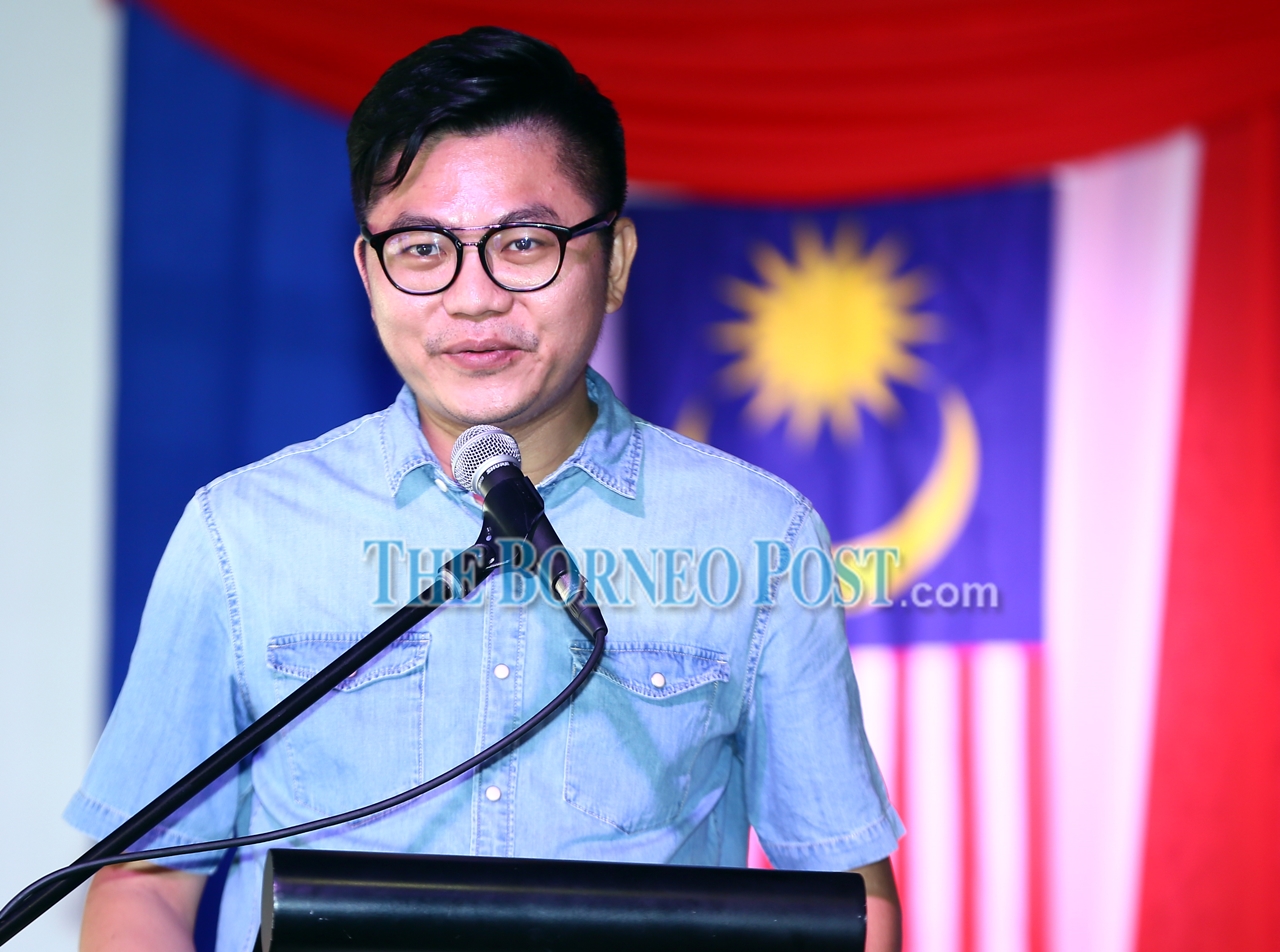 KUCHING: It is the hope of former Democratic Action Party (DAP) leader Wong King Wei that Kuching North City Commission (DKBU) will not take action against the state DAP Socialist Youth (Dapsy) for affixing Chinese characters to road signs in the city centre.

The Padungan assemblyman, who recently quit DAP, believed that Dapsy Sarawak did not do what they did out of ill intent.

Despite so, Wong made it clear that he did not condone the act of Dapsy Sarawak – affixing Chinese characters to the road signs without approval from the local authorities.

“Even though I do not condone what the state Dapsy has done, I also do not agree with Assistant Minister in the Chief Minister’s Department (Islamic Affairs and DBKU) Datuk Dr Abdul Rahman Junaidi, who said that it was an act of vandalism,” he said in a statement today.

Wong, who led Dapsy Sarawak from 2013 to 2016, was of the opinion that the state Dapsy could have initiated a dialogue with the local authorities with regards to the road sign matter.

He said the state Dapsy could also submit a petition or write in to the relevant authorities to express their views or requests.

He said it would be better for Dapsy Sarawak to avoid opting for any action that could be deemed extreme or sensitive given that Sarawak is multi-racial and multi-cultural state.

On Thursday, former Stampin MP Julian Tan went around places of interest in the city centre to affix Chinese characters to road signs.

He said many areas in the city needed to have bilingual road signs (Bahasa Malaysia and Chinese) as such a move had a significant connection with the state’s Chinese heritage.

“In areas near the Chinese History Museum at the Kuching Waterfront, for example, there is a need to have bilingual road signs because we are expecting a lot of Chinese tourists to visit,” he told reporters when met near the museum.