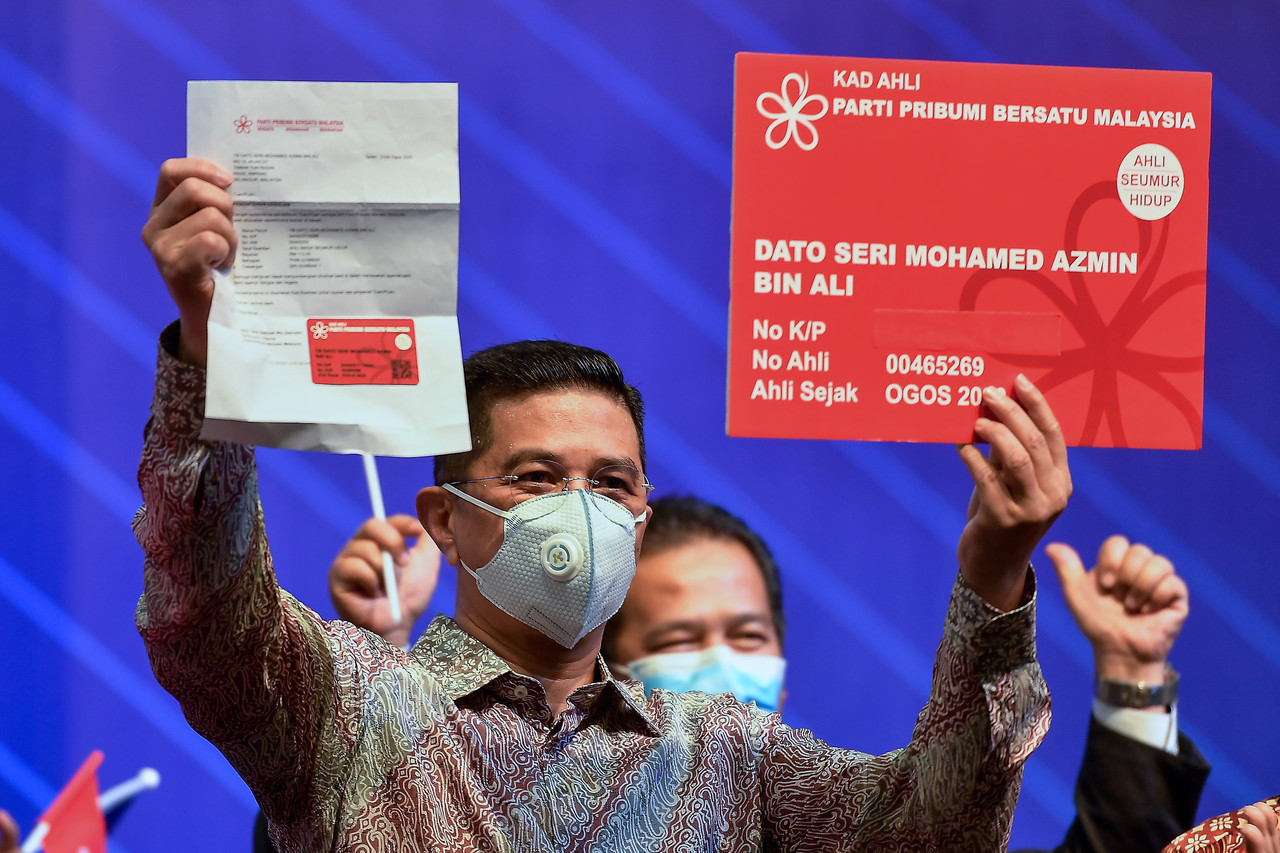 He made the announcement while addressing over 5,000 participants of Kongress Negara organised by a non-governmental organisation, Penggerak Komuniti Negara, at the Malaysian International Trade and Exhibition Centre (MITEC) here yesterday.

“Sincerely from the bottom of my heart, here on this historic afternoon, I, along with my supporters from Perlis to Sabah, be it the Penggerak Komuniti Negara, Nation of  Women (NOW), Pemuda Negara, Wanita Muda Negara, hereby declare our intention to join Parti Pribumi Bersatu Malaysia (Bersatu) and support the leadership of Honourable Tan Sri (Muhyiddin Yassin) as Prime Minister,” he said, greeted with cheers and applause from the crowd.

Mohamed Azmin, who is also Senior Minister of International Trade and Industry then received his Bersatu membership card from Muhyiddin, who is Bersatu president.

In his speech, Azmin said they are now determined to work with their partners in the Perikatan Nasional to ensure that Malaysia has a stable and sustainable government capable of fulfilling the people’s aspirations.
“For Malaysia to be able to compete and succeed in this current environment, we need a paradigm shift in the national political dimension.

“We should show more humility and we must learn from the lessons of history,” he said.

Mohamed Azmin and Zuraida, who is former PKR vice-president, were sacked from their party posts on Feb 24 for their alleged ‘betrayal’ against party principles.
On the same day, both of them, along with nine other PKR MPs, announced that they quit the party, with the other one being the Selangau MP Baru Bian. – Bernama