Friday, September 30
You are at:Home»News»Nation»Perikatan welcomes other parties to ensure political stability 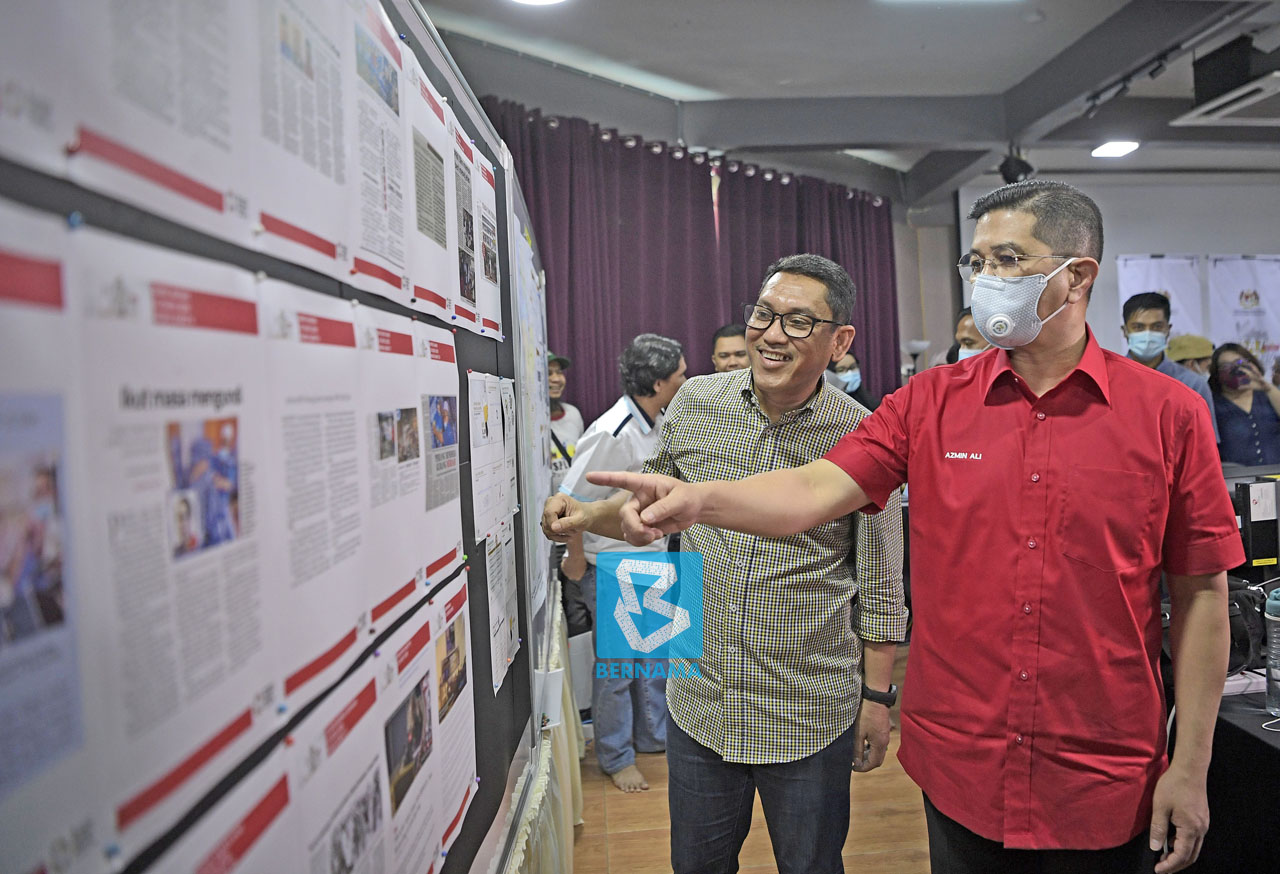 TANJUNG MALIM: Perikatan Nasional (PN) welcomes the participation of other political parties to be part of the coalition to ensure that the current government would be more stable.

PN information chief Datuk Seri Mohamad Azmin Ali, who officially announced yesterday that he was joining Bersatu, said the stability of the government was very important in ensuring economic integrity and the well-being of the people.

Azmin, who is a Senior Minister and also the International Trade and Industry Minister, said so far there were five parties registered with the Registrar of Societies (RoS) in the PN coalition including Bersatu and PAS.

He, however, did not mention the other three parties.

“There are five parties in all, including component parties from Barisan Nasional (BN) – not the BN coalition as a whole,” he said during a press conference held after his visit to the Slim state by-election media centre in Slim River town here yesterday.

On Aug 19, PAS secretary-general Datuk Takiyuddin Hassan said the party would join PN together with Bersatu.

Meanwhile, Azmin said the PN-led federal government had succeeded in resolving many crises, and wanted the people to accept the fact that Prime Minister Tan Sri Muhyiddin Yassin’s administration was the best so far in terms of tackling various issues whether related to economics, politics or health.

Earlier while speaking at an Amanah Ikhtiar Malaysia event here, Azmin who is also Gombak MP, asked voters in Slim River not to waste time by voting for an Independent candidate come polling day this Aug 29.

The Slim by-election would see a three-cornered fight between BN candidate Mohd Zaidi Aziz and two Independent candidates – S Santharasekaran, and lawyer Amir Khusyairi Mohamad Tanusi, who is representing the yet to be registered Parti Pejuang Tanah Air (Pejuang). — Bernama