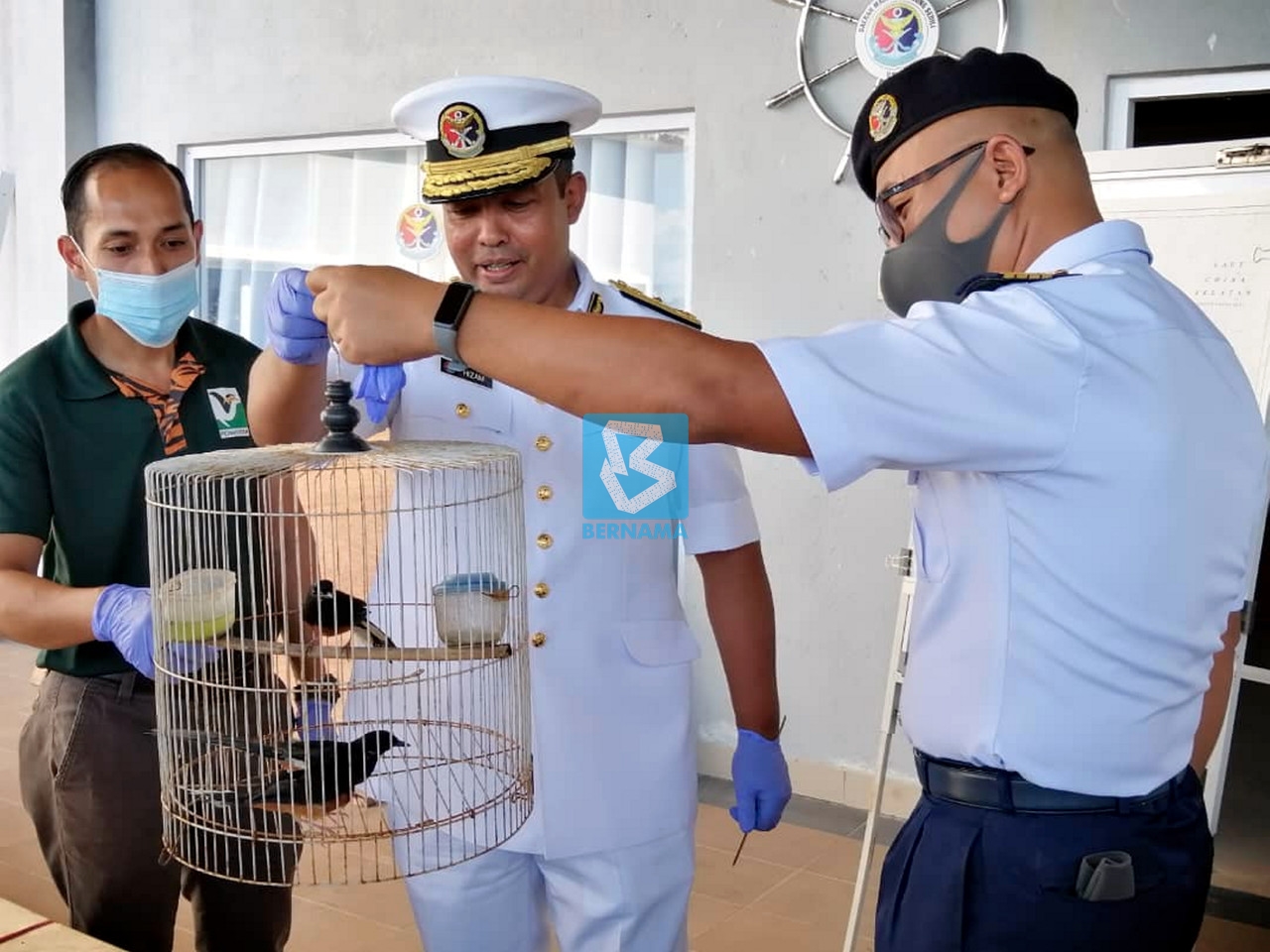 MMEA had succeeded in thwarting an attempt to smuggle out white rump shama (69 birds) and oriental magpie-robin (880 birds) estimated to be worth RM27,000. Bernama Photo

KOTA TINGGI: An Indonesian boat skipper was killed in a botched attempt to smuggle out magpie-robins (burung murai) in the waters of Tanjong Kelisa, here, early this morning.

‘’Earlier, they stopped and inspected the first boat with two locals onboard and found 90 baskets of white rump shama (murai batu) and oriental magpie-robin (murai kampung) which were believed meant for Indonesia.

‘’When attempting to stop the second boat with three suspects on board, the boat skipper had tried to grab a firearm belonging to one of the enforcement personnel and was shot in the process,’’ he told reporters at the Tanjung Sedili Maritime Zone Office, today.

He said the four suspects comprising two locals and two Indonesians, aged from 40 to 62 years, from the two boats were now detained by MMEA while the body of the dead skipper was handed to the police for further action.

With the arrest, he said the Tanjung Sedili Zone MMEA had succeeded in thwarting an attempt to smuggle out white rump shama (69 birds) and oriental magpie-robin (880 birds) estimated to be worth RM27,000.

The white rump shama has a high demand in the Indonesian market and can fetch a price of RM200 to RM250 each while the oriental magpie-robin can be sold for RM10 to RM50 each, he said.