Tuesday, August 9
You are at:Home»News»Bintulu MP calls for immediate clean up of ship’s oil spill on Igan River 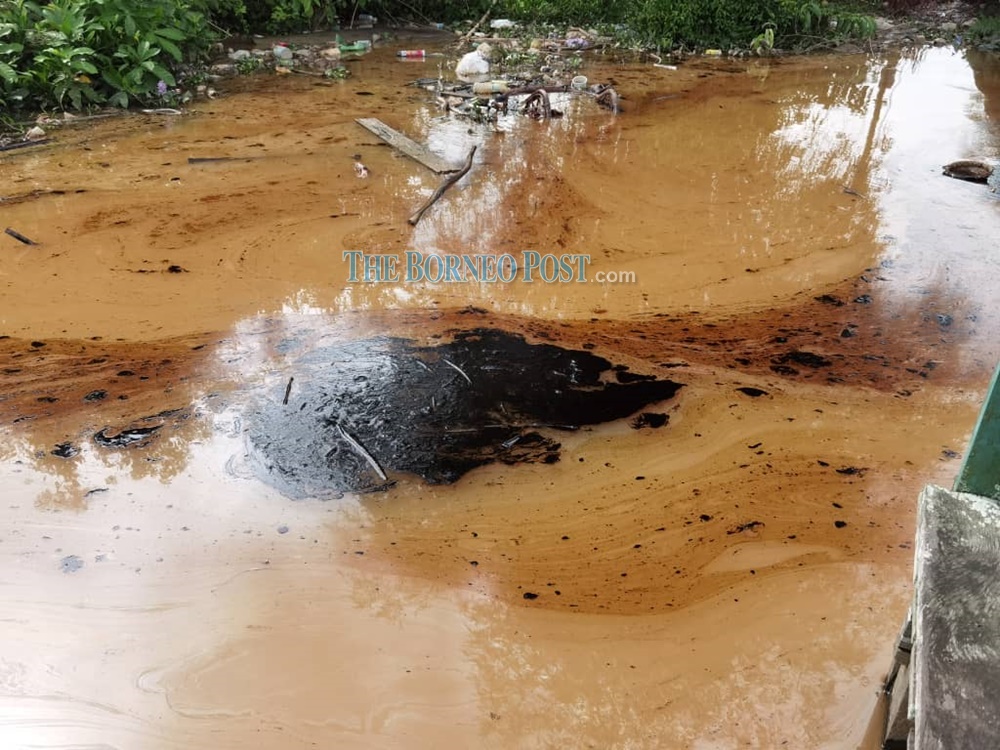 Photo shows a patch of oil on Igan River on Aug 23 after the alleged spill from a ship. – Picture by Bomba

SIBU (Aug 26): Bintulu MP Dato Sri Tiong King Sing has called on the federal and state environmental protection authorities to take immediate steps to clean up an oil spill from a ship on Igan River on Aug 23.

The Progressive Democratic Party president said the authorities not only need to rectify the issue seriously but also investigate its causes.

“The oil spill incident had already been widely circulated on social media for several days
And there should be no reason for the relevant departments to plead ignorance. Why allow the oil spill to spread uncontrollably to an extent of nine kilometres along the river,” he said in a statement last night.

He took to task a sawmill, which is said to own the ship, for not acting alerting the authorities about the oil spill after it happened.

“We need to question why the sawmill involved failed to immediately notify the relevant authorities when the incident occurred. They should have also taken the initiative to assist the authorities to quickly mitigate any further spread of the spilled oil.”

Tiong, who is also Prime Minister’s Special Envoy to People’s Republic of China, said he received complaints from local residents that the Igan River had been severely polluted by the oil spill.

“Not least, it has caused great hazard and inconvenience to the residents who rely on pumping the river for drinking water. The relevant departments must take this incident much more seriously.

“Although this was an accident in which the factories involved must take responsibility, we must not let the incident go unnoticed and let innocent residents bear the consequences,” he said.

The Borneo Post is contacting the Department of Environment for comments.