Sunday, September 25
You are at:Home»News»Nation»Govt not required to give reason why bill withdrawn – Takiyuddin 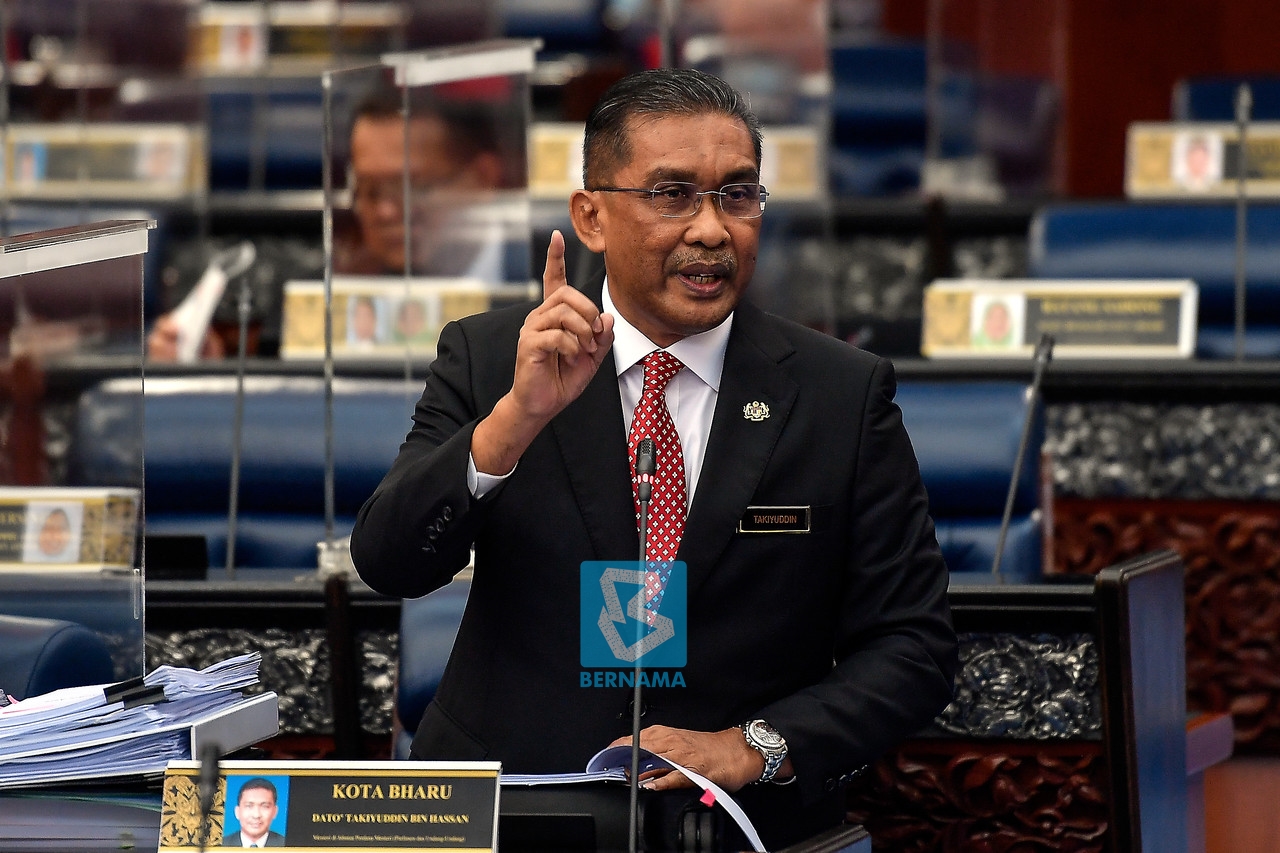 KUALA LUMPUR (Aug 27): Minister in the Prime Minister’s Department (Parliament and Law) Datuk Takiyuddin Hassan has stressed that the government is not required to give a reason why the Constitution (Amendment) (No. 2) Bill 2019, related to the appointment of the Prime Minister, has been withdrawn.

Takiyuddin said under Clause 62 of the Dewan Rakyat Standing Orders, it clearly stated that the member in charge of a bill may rise in his place and request that the bill be withdrawn.

“…or that the next stage of the bill be postponed either before the commencement of public business or when any stage of a bill is reached in the order of business.

“There is no mention when the government intends to withdraw a bill, that a reason should be given on why it is withdrawn,” he said in response to a motion raised by Sim Tze Tzin (PH-Bayan Baru) on the matter after a question and answer session in the Dewan Rakyat today.

Takiyuddin said that the decision to include the proposed amendment to the Constitution was decided and brought by the Pakatan Harapan government for the first reading by the prime minister who was the country’s prime minister for 22 years and 22 months, and he brought the amendment to limit the post to two terms only.

He said this to clarify the matter following the motion raised by Sim on Clause 14 of the Dewan Rakyat Standing Orders, asking for the advice of Deputy Speaker, Datuk Dr Mohd Rashid Hasnon, for the minister to explain why the bill was withdrawn.

Mohd Rashid asked Sim to submit a written letter to the office of the Speaker of the Dewan Rakyat for review.

When Sim interjected and asked whether the Perikatan Nasional (PN) government was not interested in reforming the amendment, Takiyuddin said: “In that matter, so far, no.”

Yesterday, Takiyuddin withdrew the bill from being tabled for its second reading and it was made under Clause 62 of the Dewan Rakyat after the question and answer session.

The proposed amendment to the Constitution (Amendment) (No 2) seeks to replace paragraph (a) of Clause (2) of Article 43 of the Federal Constitution which provides an additional criterion to qualify a House of Representatives member to be appointed as Prime Minister.

It will also stipulate that a member of the Dewan Rakyat shall not be appointed as PM if he has held the office for two terms of Parliament. — Bernama