Saturday, January 16
You are at:Home»News»Nation»SOP for travel bubbles set to be ready by next week — Nancy 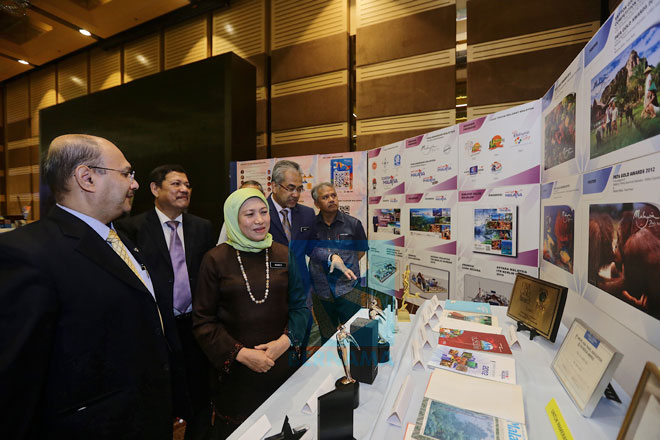 KUALA LUMPUR: The Ministry of Tourism, Arts and Culture (MOTAC) expects to complete the guidelines and standard operating procedures (SOPs) for the proposed travel bubbles with selected countries by next week.

Its Minister Datuk Seri Nancy Shukri said they would then be submitted for evaluation by the National Security Council (NSC).

“MOTAC has been tasked by the government to put forward our proposals with our SOPs. We are also talking to the ambassadors, listening to them. They also want to know what is our plan. We have been talking to Japan, Singapore… this is going to be a continuous initiative from our side,” she said when asked about the implementation of the travel bubbles.

She said this at a press conference after launching the ‘Cuti-cuti Malaysia TV Promotional Campaign’ and announcing the winners of the ‘Cuti-cuti at Home Music Video Competition’ here yesterday.

According to Nancy, MOTAC was also collaborating with other ministries, such as the Ministry of Health, Ministry of Home Affairs and Ministry of Foreign Affairs, to prepare the SOP.

Earlier, Nancy said in her speech that judging by the Domestic Tourism Promotion Travel Series, she found that domestic tourism had received encouraging response from the public.

“I am happy to see the people’s support towards domestic tourism, where many hotels are also fully booked and many are also going out with their families during weekends,” she said.

She said that a survey of 13,797 individuals in the country regarding the people’s perception of travelling after the Movement Control Order (MCO) showed that domestic tourism was still a priority when 50.9 per cent of the respondents said they believed that travelling within the country was safer after the MCO.

In addition, 71.3 per cent of the respondents picked Malaysia as a safer tourism destination compared to other countries, she said.

She also said that it was the right time to launch the TV promotion yesterday, with the themes of the videos providing a unique identity to all the tourist destinations in Malaysia.

Nancy said that continuous promotion was needed to spark an interest in the people to travel and to prod them into wanting to feel the experience (that comes with travelling) for themselves as seen in the promotional videos.

Five promotional videos were produced showcasing several tourism themes and products, including islands and beaches, deep-sea diving and snorkelling, nature and adventure, local food and thematic, which is a genre covering all aspects of tourism.

Apart from the mainstream media, like the Radio Televisyen Malaysia (RTM)’s TV1, TV2 and TV OKEY channels, the promotions were also uploaded to websites and digital platforms.