Tuesday, May 11
You are at:Home»News»Sarawak»Fairy Cave set to be Bau’s prime tourist attraction 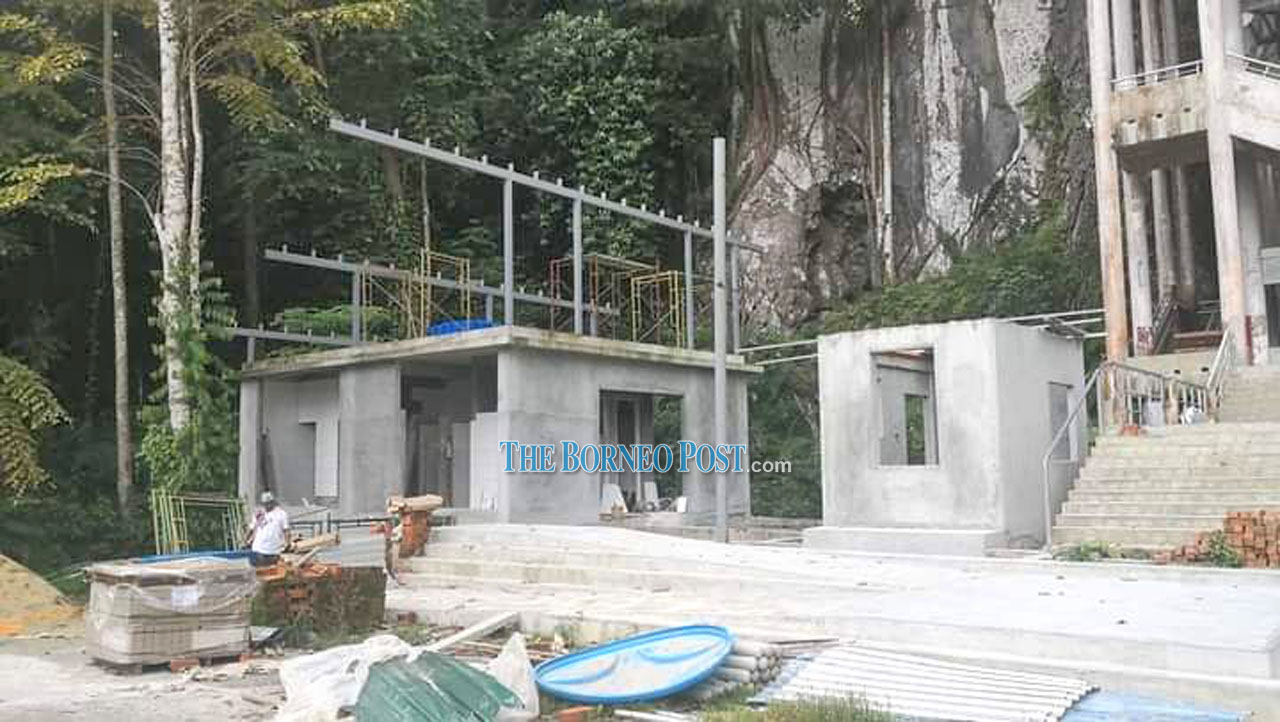 One of the work components to upgrade the Fairy Cave Recreational Site.

He said the whole project, which was carried out in two phases, is expected to be completed in November.

Miro said the first phase involved works to upgrade the visitors centre by building a new ticketing counter, briefing room, toilets, parking space and upgrading the existing staircase to the cave; and to upgrade the walking path, viewing deck and trail to the summit.

As for the second phase, Miro said it was mainly to upgrade the Fairy Cave Recreational Park.

The project components include the upgrading of the existing event area, stage and concrete slab across the stream; preparing the site for restaurant and café and to build 10 community stalls, cooperative office and wiring.

“Both projects, the first and second phase, are progressing very well,” he said after making a site visit recently.

Miro noted that the Fairy Cave Recreation Site and Fairy Cave Nature Park were developed under the Community Base Tourism (CBT) Project, which was created to benefit the locals.

He believes this kind of tourism facilities could create new job and employment opportunities for local people, generate trade and income especially in small business sector in the area and in Bau as a whole.

Fairy Cave is named after a stalagmite formation at the entrance said to resemble a Chinese deity.

Inside the main chamber, the contrast between the light, entering the cave and its shadowy darkness, is striking.

The rock surface before the main entrance is where rock climbers perform their ascents of varying difficulties. The climbing area has eight separate walls, providing over 80 climbs.

The Wind Cave is named so because of the cool breeze constantly blowing through it.

Inside, one can see many swiftlets and bats, and at the same time they can relax beside a subterranean stream.