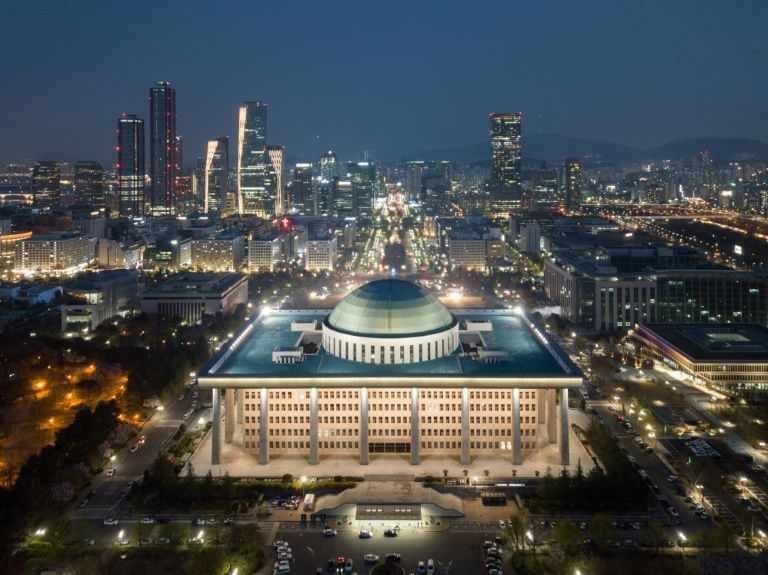 South Korea’s parliament was shut down on Thursday and a group of lawmakers were in self-quarantine as the country recorded more than 400 new coronavirus infections.

The country endured one of the worst early outbreaks of Covid-19 outside mainland China before bringing it broadly under control with extensive tracing and testing, but is now battling several clusters mostly linked to Protestant churches.

Thursday’s 441 new cases were mostly in the greater Seoul area and are the latest in a series of near-six-month highs after several weeks with numbers generally in the 30s and 40s.

The National Assembly was closed after a photojournalist who covered a ruling party meeting on Wednesday was later tested and confirmed to have contracted Covid-19.

The result prompted more than 10 top Democrats — including the party chairman and its parliamentary leader — to undergo tests of their own and go into self-isolation.

Officials on Wednesday held late-night talks on how to handle the situation and ordered all parliamentary activities suspended from Thursday, with both the assembly and a building housing lawmakers’ offices closed.

The parliamentary shutdown is the second over coronavirus concerns, after a February closure when an attendee at an event tested positive.

Thursday was the 14th consecutive day of triple-digit increases in case numbers, bringing the country’s total to 18,706.

The largest current cluster is centred on the Sarang Jeil church in Seoul, headed by a controversial right-wing pastor who is a leading figure in protests against President Moon Jae-in.

Pastor Jun Kwang-hun spoke at an anti-government rally held earlier this month in defiance of calls to avoid large gatherings, and has since tested positive.

Authorities have filed police complaints against him, accusing him of deliberately hindering efforts to contain the epidemic.

All religious services were banned earlier this month in the greater Seoul area to try to prevent the virus spreading and Moon met with more than 15 Protestant church leaders on Thursday, asking for their cooperation.

“Worship or prayer may give you peace of mind, but it cannot protect you from the virus,” he told them, according to his office.

“All religious organisations have to accept that prevention measures are not a matter of faith, but a matter of science and medicine.”

But Kim Tae-young, who heads the United Christian Churches of Korea, one of the country’s biggest Protestant groupings, said that for believers, religious freedom was a value “that cannot be surrendered even if it costs one’s life”.

South Korea is the world’s 12th largest economy and a capitalist democracy, but during its decades of military rule its widespread evangelical Christian churches framed North Korea and Pyongyang sympathisers as evil.

Such churches still have enduring political influence in the South, and many are critical of Moon’s left-leaning government. — AFP