Tuesday, July 27
You are at:Home»News»Hiker dies after suffering breathing difficulties at Mount Santubong 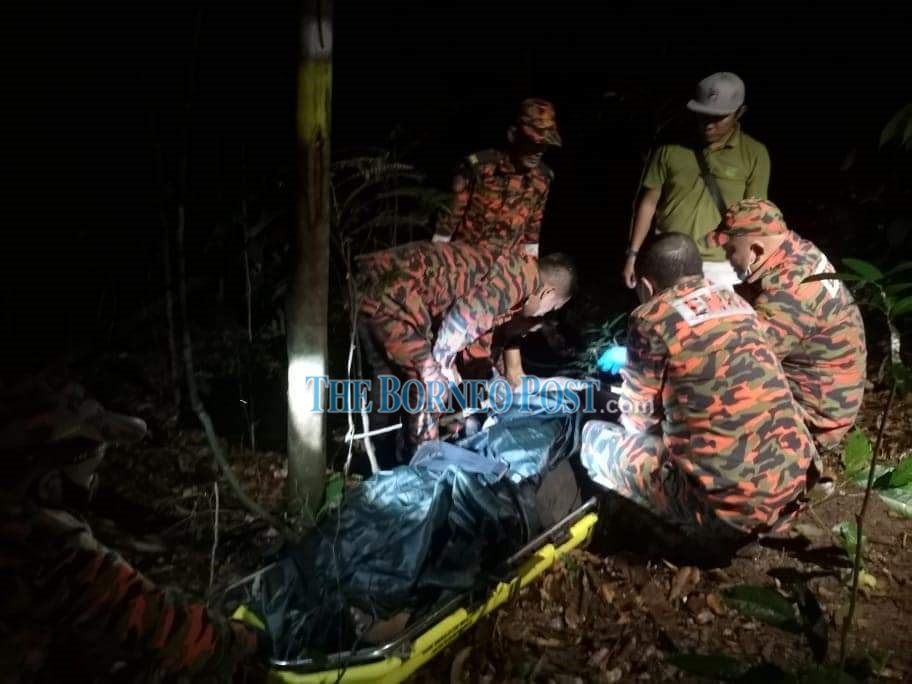 Bomba personnel preparing the stretcher to carry the victim’s body down the mountain last night.

KUCHING (Aug 30): A hiking activity by three friends at Mount Santubong turned tragic when one of them died after complaining of breathing difficulties while descending the mountain.

A spokesperson from the Fire and Rescue Department (Bomba) said they received a distress call at around 5.20pm yesterday and a rescue team was deployed to summit 4.5 – the location where victim Muhammad Hazwan Bakar, 24 and two of his friends were waiting.

The spokesperson said when the rescue team arrived at the location, they found that the victim was already unconscious which prompted them to perform a cardiopulmonary resuscitation (CPR) on him at the scene.

Despite the best efforts by the rescue team, the victim remained unresponsive.

The victim was then brought down to the mountain’s base via a stretcher which took about two hours of trekking along the 4.5-kilometre steep and hilly trails.

The victim was pronounced dead by a medical personnel at the base of the mountain at 9.16pm.

His body was then handed over to the police for transfer to the Sarawak General Hospital’s morgue for further action.

Both of the deceased’s friends did not sustain any physical injury throughout the ordeal and Bomba wrapped up their operation at 9.47pm.

Previous ArticleHow will Trump or Biden affect the dollar trend?
Next Article Miro: Paku bazaar to be revitalised with construction of new township