Sunday, February 28
You are at:Home»News»Kuching to have new hotel as part of SEDC, UDA RM400mln project 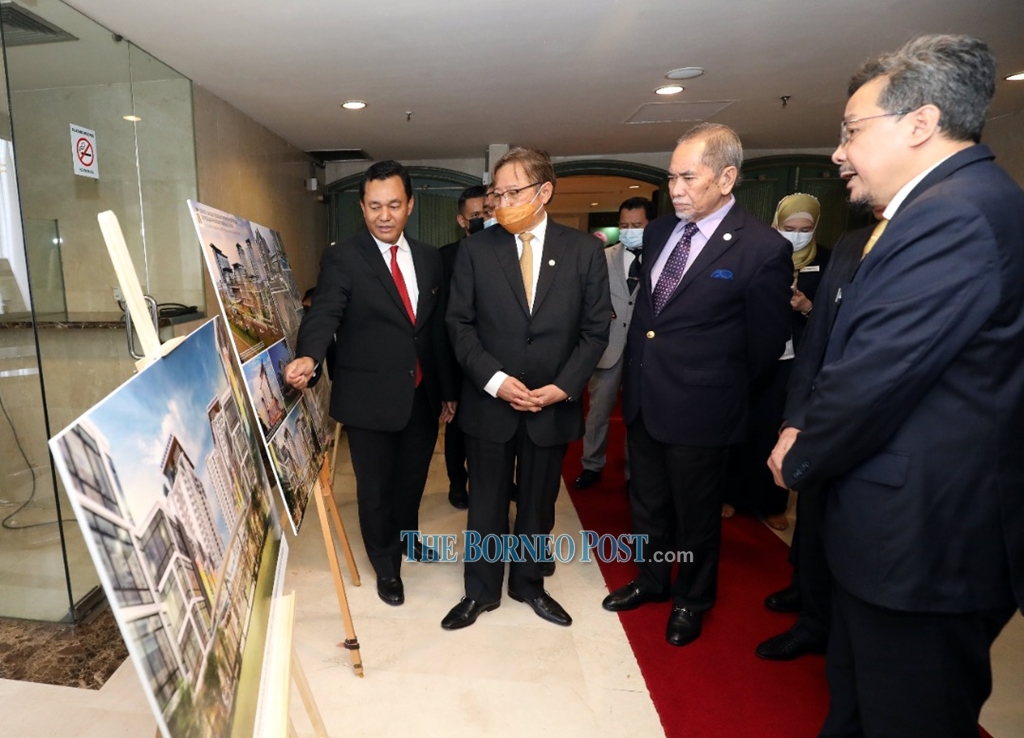 Located about 5km from this city’s centre and near Pending Heights, the project will involve 12.6 acres of land.

Chief Minister Datuk Patinggi Abang Johari Tun Openg said facilities that would be developed under the project would be able to complement the state’s tourism industry.

“With the facilities built by the project, particularly the hotel, this would be able to accommodate the visitors and tourists coming into Sarawak.

“This project would also change the landscape of Kuching for the better, and in a way would be able to help Sarawak in recovering its economy that has been affected by the Covid-19 pandemic,” said Abang Johari before witnessing the signing of the Memorandum of Agreement between SEDC and UDA today.

The commencement date of the project has not been decided due to the extended Recovery Movement Control Order.

Abang Johari also said he was confident that UDA, with its 40 years of proven track record in property development, would be able to deliver on the project.

He also proposed that UDA looked into developing affordable housing estates for the oil and gas expatriates and workers in Bintulu.

Entrepreneur Development and Cooperatives MInister Datuk Seri Wan Junaidi Tuanku Jaafar said at the event that once completed, the project would be able to boost Sarawak’s economy, driving it nearer to its target of becoming the most developed state by the year 2030.

“This project would also give opportunities for the young bumiputeras who want to delve into the digital economy, in line with the state’s aspiration,” he said.

At a press conference later, UDA chairman Datuk Jalaluddin Alias thanked Abang Johari for having the trust in the company to be involved in a big development project in the state.

He said he would also seriously look into Abang Johari’s proposal for the Bintulu oil and gas housing project, but stressed that he would have to focus first on the new project as it is UDA’s first ever in Sarawak.

“That’s a good offer to us and I thank the chief minister. We will seriously look into it and explore it further.

“But more importantly now is this first project to make a move in Kuching. We thank the chief minister for this project in collaboration with SEDC,” he said.