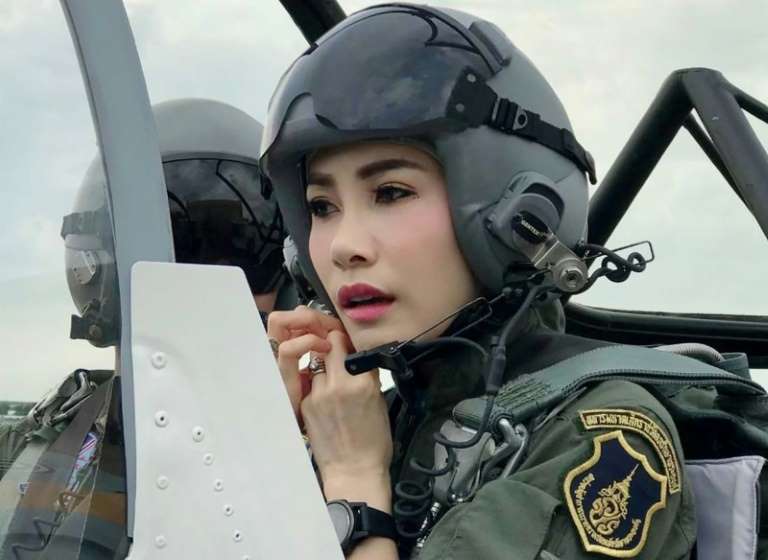 A Thai royal consort who was purged for “disloyalty” after running afoul of the Queen has made a sudden and unexpected comeback, with the king reinstating her titles.

Sineenat Wongvajirapakdi was stripped of her rank and titles last year just three months after she became the consort, accused on national television of “disloyalty” and “ambition” to match the position of Queen Suthida.

She has not been seen in public since October, but that looks set to change.

“Sineenat Wongvajirapakdi is not tarnished,” said a decision by the king published by palace mouthpiece Royal Gazette, confirming she would once again take the honorific title of “Chao Khun Phra”, or noble consort.

“Henceforth, it will be as if she had never been stripped of her military ranks or royal decorations,” said the decision, which was dated August 29 but only came to light Wednesday.

The latest episode of palace intrigue comes as Thailand faces unprecedented protests by a pro-democracy movement calling for more transparency and reforms to the secretive royal institution.

A former royal bodyguard, Sineenat was given the title of consort on King Maha Vajiralongkorn’s 67th birthday in July last year — just months after his marriage to Queen Suthida.

A qualified pilot and former army nurse, the 34-year-old Sineenat was the first woman to receive the title in nearly a century.

Her prominence at the king’s elaborate coronation ceremony in May last year stunned the Thai public.

The palace later released images of the short-haired consort in combat fatigues shooting weapons, flying a jet and preparing to parachute from a plane, as well as holding the king’s hand.

The kingdom has seen near-daily rallies since mid-July, with some attracting up to 20,000 protesters, angry at the military-aligned government and calling for frank discussions about the royal family’s role.

Since ascending to the throne in 2016, the king has taken personal control of the palace’s fortune, worth an estimated $60 billion, and also moved two army units under his direct command.

Protesters are demanding the scrapping of a royal defamation law — which can see people jailed for up to 15 years per charge. — AFP