Saturday, September 19
You are at:Home»News»Lee to meet with headmasters, Yayasan Sarawak director to gain feedback on free school bus service 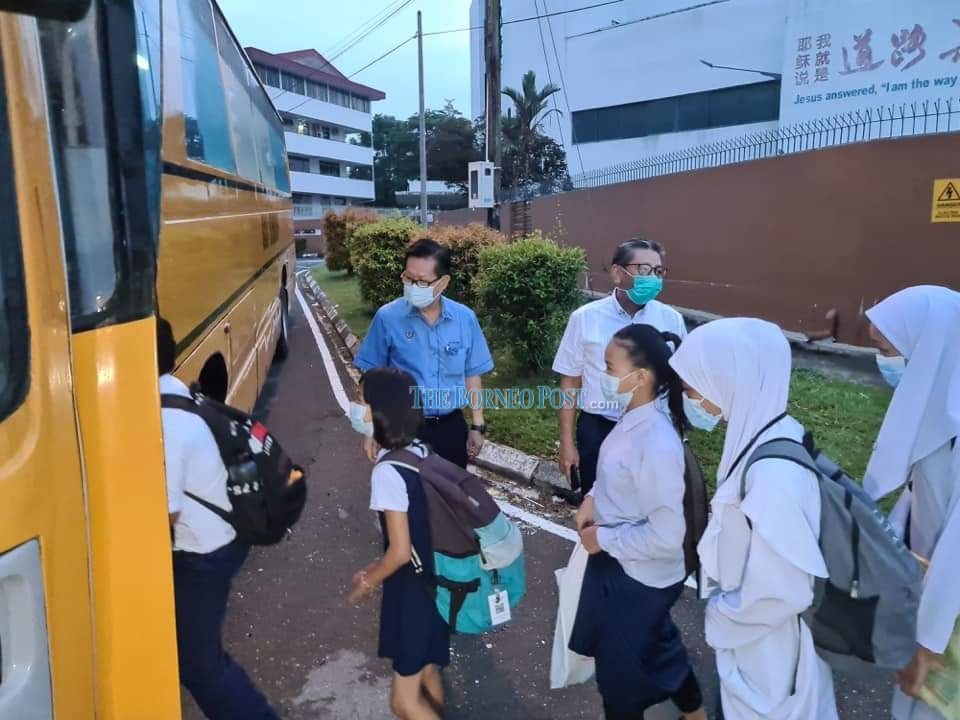 The meeting is aimed at obtaining feedback from them on ways to further strengthen the implementation of the programme, he said in a statement today.

Lee noted that based on the feedback received from students, many parents had installed the Free School Bus app which they were able to use to track and monitor the movement of the school buses, which aside from being free are reliable and safe.

“The state government, through Yayasan Sarawak, would like to encourage more parents to send their children to school using this free school bus service.

“The free school bus programme is part of the overall state government’s strategy to address urban traffic congestion, especially during peak hours and in the city centre. By doing so, more private vehicles will be taken off from the street, thus freeing the road space,” he added.

Lee stressed that the state government through his ministry, Yayasan Sarawak and the relevant agencies were committed to ensuring that the free school bus service would be implemented in major towns in Sarawak.

Yayasan Sarawak is implementing the free school bus service in collaboration with the School Bus Association and is supported by his ministry, the Ministry of Education, Science and Technological Research, Education Department, local authorities and Commercial Vehicles Licensing Board.

Yesterday (Sept 3), Lee had taken a school bus ride in the Sungai Apong area to observe the free school bus service in operation and was pleased to note that the school bus was clean, students wore face masks as they entered the bus and social distancing was practised.