Sunday, May 16
You are at:Home»News»Heavy rain, high tide trigger floods in low-lying areas in Sibu 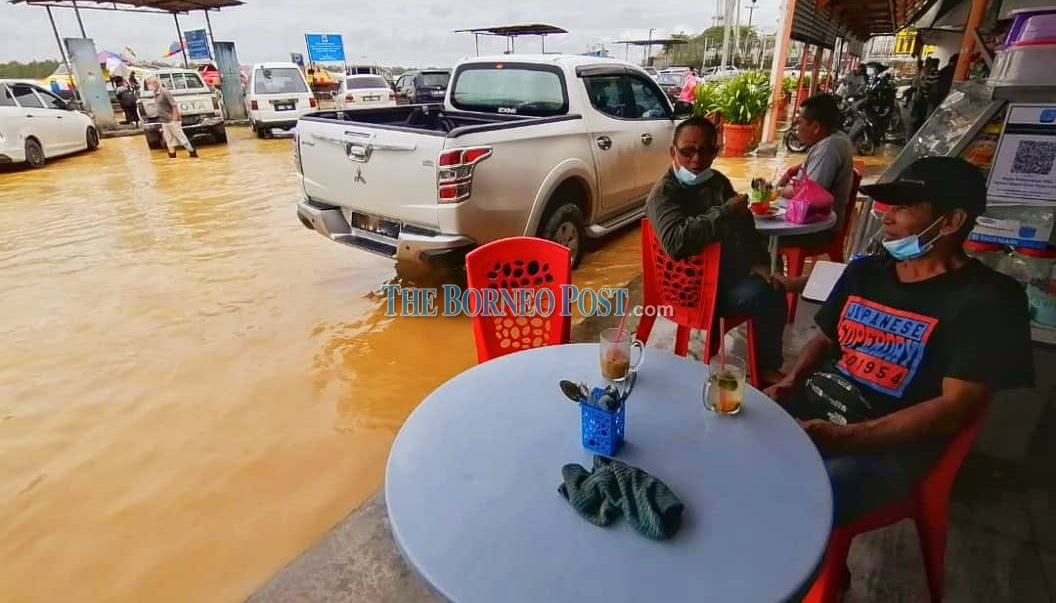 SIBU (Sept 7): Heavy rain that pelted down over the past few days coupled with high tide have triggered floods in the low lying areas here, said Sibu Resident Charles Siaw.

He said the authorities are monitoring the situation closely.

“Flooding are due to heavy rain over the past several days in all areas, including the rural areas which coincided with the high tide.

“This has caused low-lying areas to be inundated,” said Siaw, who is also Sibu Division Disaster Management Committee chairman when asked on factors contributing to the flooding here.

Traffic has been reduced to a snail pace at the busy Jalan Khoo Peng Loong as the stretch of road was inundated.

The RC Pontoon Wharf, which is the berthing spot for express boats plying the downriver routes of Passin, Daro, Bruit, Igan and Mupong is located along Jalan Khoo Peng Loong.

Certain portions of the main roads leading to the town were also slightly inundated.

“There are no changes to the schedule. The operation is proceeding as usual.

“I would like to advise the boat operators to take the necessary precautions and to exercise due care to ensure the safety and security of the passengers as well as their boats.”

Taking into account the strong current from upstream, Hatta also advised boat operators to watch out for floating debris.