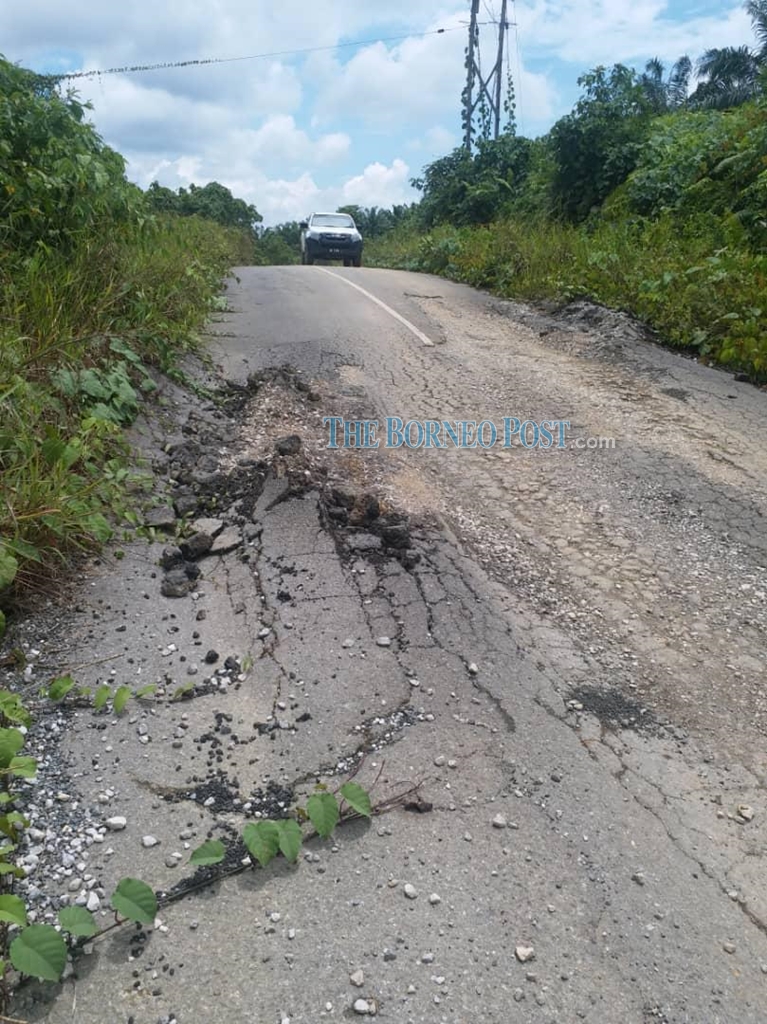 Photo from MACC shows one of the affected roads in an unspecified location. – Picture by MACC

The project under the Defence Ministry’s “Jiwa Murni” programme involved the upgrading of 10 rural roads in Miri, Kapit, Ba’ Kelalan, Limbang and Belaga, said a statement issued by MACC today.

He said the investigation into the case was carried out with the cooperation of the Defence Ministry after an internal audit exposed the projects’ failures.

They will be brought to court tomorrow for a remand order application against them.

The directors, both aged 44, were partners who owned three companies that monopolised the project, which was awarded by the ministry to the company from 2010 to 2016, the statement said.

“Our source said many complaints had been lodged by locals against the poor condition of these rural roads because they were not built according to specifications,” the statement said.

It added that based on technical research, the works done were not in accordance with the Public Works Department’s standards.

The affected roads were allegedly only tar-sealed two inches high from the soil surface and were also done without gravel and sand as per contract specifications, making them susceptible to damage by heavy vehicles.

The State government has instructed the state Public Works Department (PWD) to take over the management of the road repair works but this would double the cost, MACC said quoting a source.

However, one of the four contractors appointed by the state PWD to take over the project was a company belonging to the two suspects, MACC claimed, adding that the suspects’ companies should have been blacklisted.