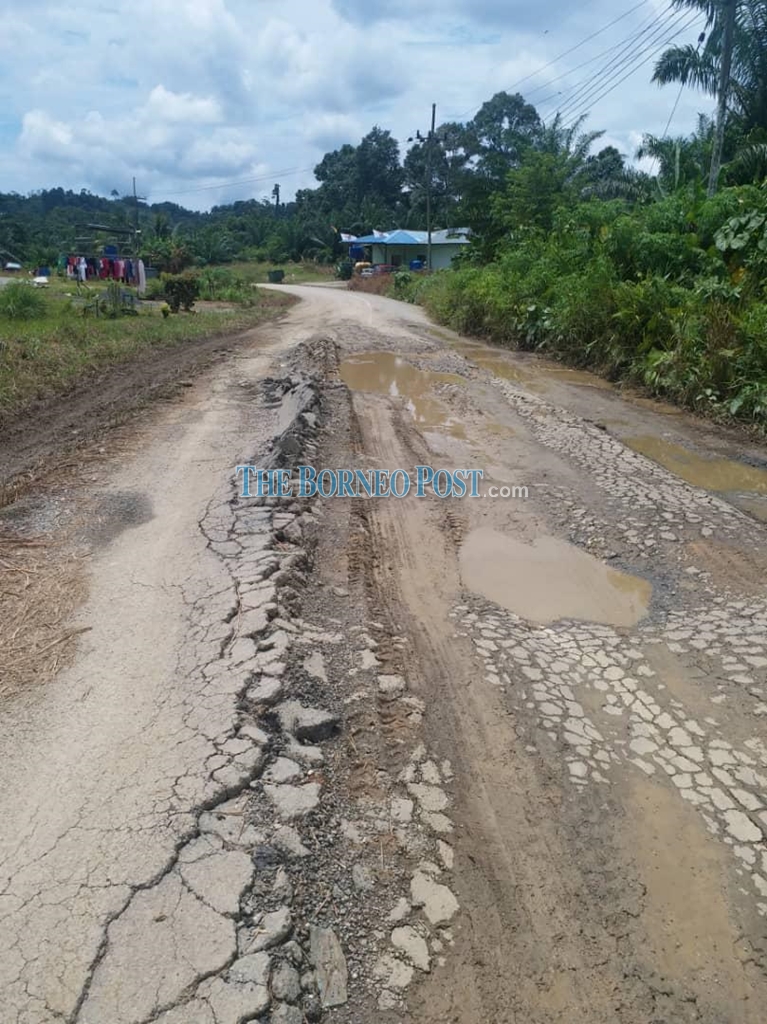 A photo provided by MACC which shows the condition of one of the affected roads at an unspecified location.

KUCHING (Sept 10): A lawyer who was arrested yesterday by the Malaysian Anti Corruption Commission (MACC) in its investigation into the falsified claims for a rural road project in Sarawak, was released unconditionally by Magistrate Zubaidah Sharkawi today.

MACC could not satisfy the court that it had sufficient evidence to link him to the case
when applying for a seven-day remand order against the lawyer this morning.

The 44-year-old man at his office here at 6.08pm yesterday. The lawyer was represented in court today by counsel Lim Heng Choo, while DPP S.Thangavelu appeared for the MACC.

MACC had on Tuesday arrested two company directors, with the title ‘Datuk’, for allegedly making false claims in the RM800 million project under the Defence Ministry’s Jiwa Murni programme from 2010 to 2016.

They have been remanded until tomorrow.

MACC said in a statement on Tuesday that the duo owned three companies that monopolised the project, which involved the upgrading of roads in Miri, Kapit, Ba Kelalan, Limbang and Belaga.

It claimed that the roads were not built in accordance with the standards of the Public Works Department, alleging that the affected roads were only tar-sealed two inches high from the soil surface.