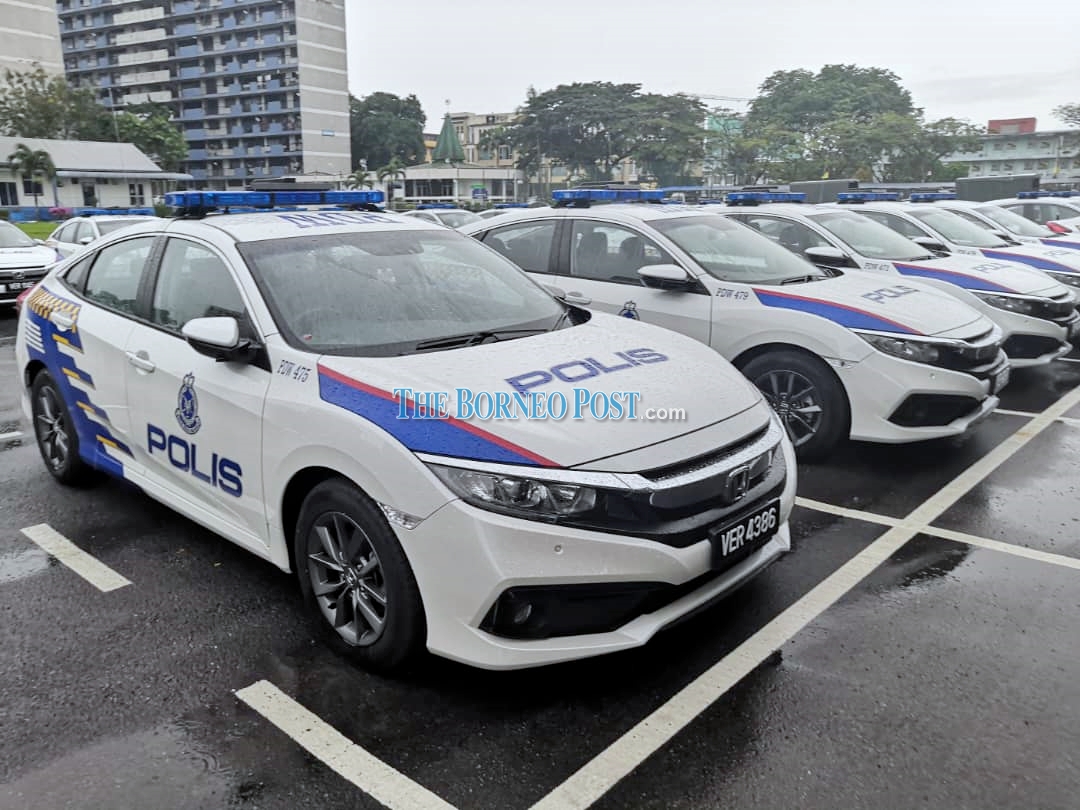 A section of the Police’s Honda Civic 1.8s which will be allocated to selected districts in the state.

KUCHING (Sept 10): A total of 27 units of Honda Civic 1.8S models were officially handed over to the Sarawak Police Contingent as part of the Royal Malaysia Police’s (PDRM) effort to phase out their older assets.

“These vehicles will boost the state’s Mobile Patrol Vehicle (MPV) unit who are the first responders or frontliners to an emergency situation,” said Aidi during the handing over ceremony at the contingent headquarters.

He added that the police’s Honda Civic 1.8S is equipped with a police communication device, dashcam and a separate video recording device. 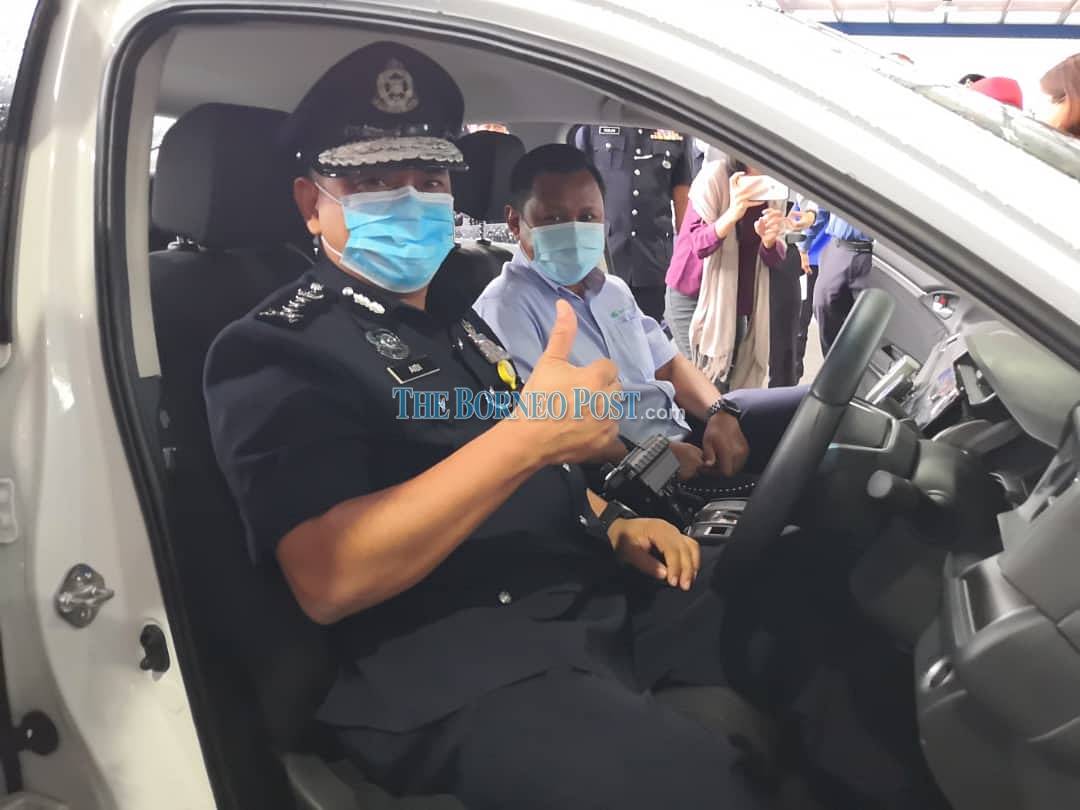 Aidi (left) giving a thumbs up while inspecting the vehicle together with Herwan after the official handing over this morning.

He also hoped that the new police vehicle will improve the police’s response time which will increase the people’s confidence in the police and create an omnipresence for crime prevention.

“This is only the first phase, the second phase will see more police vehicles being brought in to Sarawak especially the four wheel drive variants which will be prioritised to selected rural police districts,” he added.

He also said the new vehicles will beef up the police’s force to carry out their duties more efficiently, in line with the government’s vision to provide the best service to the people.