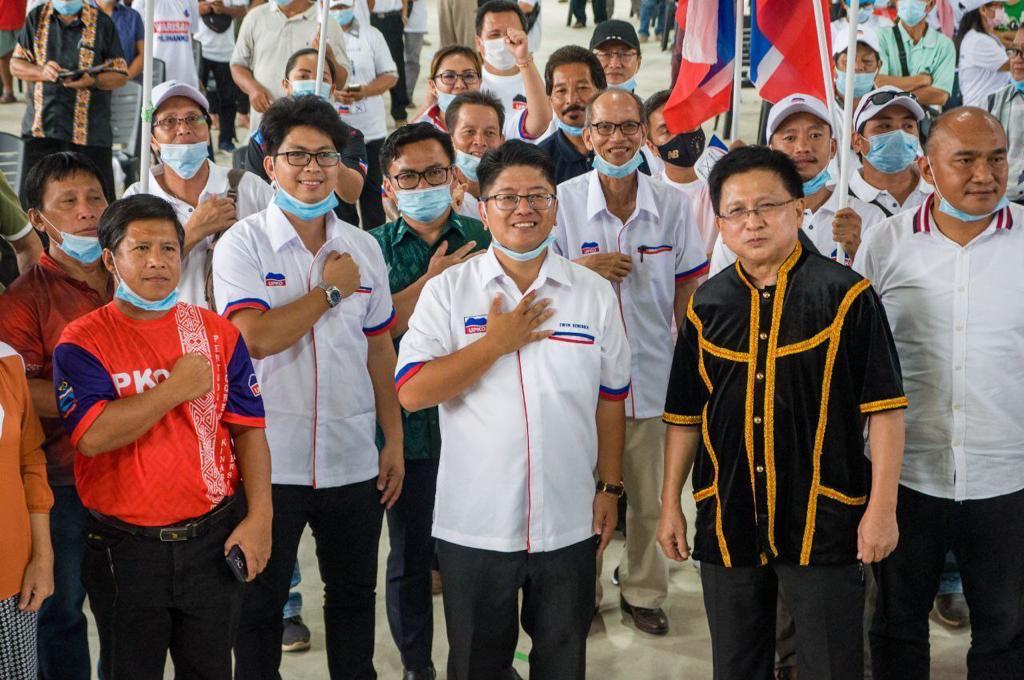 Ewon and Malanjum at the launch of Upko election machinery at Kadamaian Square.

KOTA BELUD: The upcoming state election is about choosing the most sincere parties in defending the rights of Sabah.

“During this campaigning period, we must remember that many parties are claiming that they are fighting for Sabah’s rights. But are they really sincere?

“We want local parties who are sincere in their struggle in restoring Sabah’s rights, not those parties who are nominating themselves to create another ‘backdoor’ to allow Umno to once again enter Sabah to control us. Be careful on that,” he said.

Malanjum also said that votes for Warisan Plus are important because it is about restoring the wealth of the state of Sabah including its rights on oil and also giving back native lands to the indigenous people after it had been ignored for many decades.

The event yesterday was attended by about 300 Upko, Warisan and PKR members.