Saturday, May 28
You are at:Home»News»Crime»Man arrested after shotguns, bullets and wildlife parts found at his house in Sibu 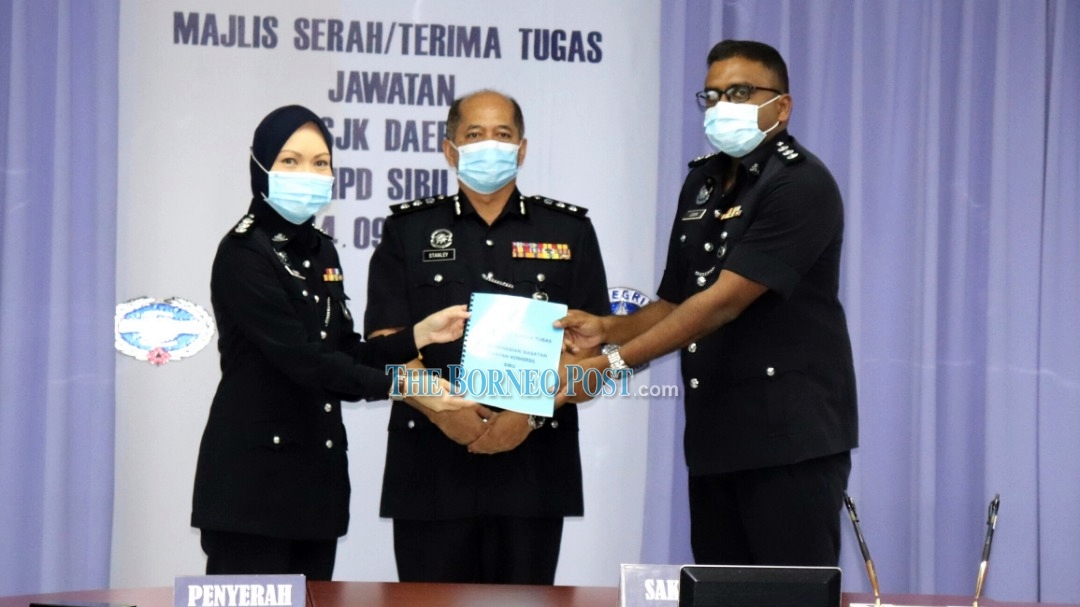 Stanley (centre) witnesses handing over of duties between Dayang (left) and Logenthiran.

SIBU (Sept 14): A 37-year-old fish and wildlife trader from Long Unai in Belaga has been arrested after two homemade ‘bakakuk’ (shotguns), 18 bullets and various wildlife parts were found at his house in Jalan Ding Lik Kong here.

Sibu police chief ACP Stanley Jonathan Ringgit said that the discovery was made during ‘Op Khazanah’ conducted by the police, Sarawak Forestry Corporation (SFC) and 10th Battalion General Operations Force (GOF) on Sept 11 at about 7.30pm.

Stanley said the suspect was apprehended at a different location prior to the discovery of the items.

“He later led the authorities to the house where he is staying with his wife and children. The team later found the shotguns, the ammunition of Bore and Buck Shot bullets type and various parts of wildlife in a store and a freezer at the house,” he told reporters when met after he witnessed handing over of duties between acting Sibu Commercial Crime Investigation Department (CCID) head ASP Dayang Tantysera Abang to the new Sibu CCID chief ASP Logenthiran Subramaniam at Sibu police headquarters here today.

Stanley said the suspect claimed to have bought the shotguns from another man in Long Unai in July this year, while the bullets were purchased separately in Kapit.

The shotguns were allegedly used for hunting purposes in Long Unai, he added.

He said the suspect will be remanded and the case is being investigated under Section 8(a) of Arms Act 1960.