Abang Johari draws the curtain to symbolically officiate the opening of SJK(C) Chung Hua Bako as (from right) Chan, Dr Sim and Chai look on. – Photo by Roystein Emmor

He said the unit, which will be led by Local Government and Housing Minister Dato Sri Dr Sim Kui Hian, will enable the state government to come up with an estimated budget to be allocated to the schools.

“At the moment, we have received a lot of requests for assistance (for aided Chinese primary schools) but they are not being coordinated. Therefore, we have decided to form a unit under Dato Sri Dr Sim to coordinate and supervise the financial assistance the state government is giving to Chinese schools.

“With this sort of medium, we can give assistance consistently to Chinese schools every year,” he told a press conference after officiating the opening of SJK(C) Chung Hua Bako here today.

“This is on top of the normal assistance given by our elected representatives but this is for a start.

“We will manage it properly and at least there is a body that coordinates the development of Chinese schools because Chinese schools now have a lot of multi-racial students where out of the 60,000 students, 20,000 are Bumiputera students,” he said. 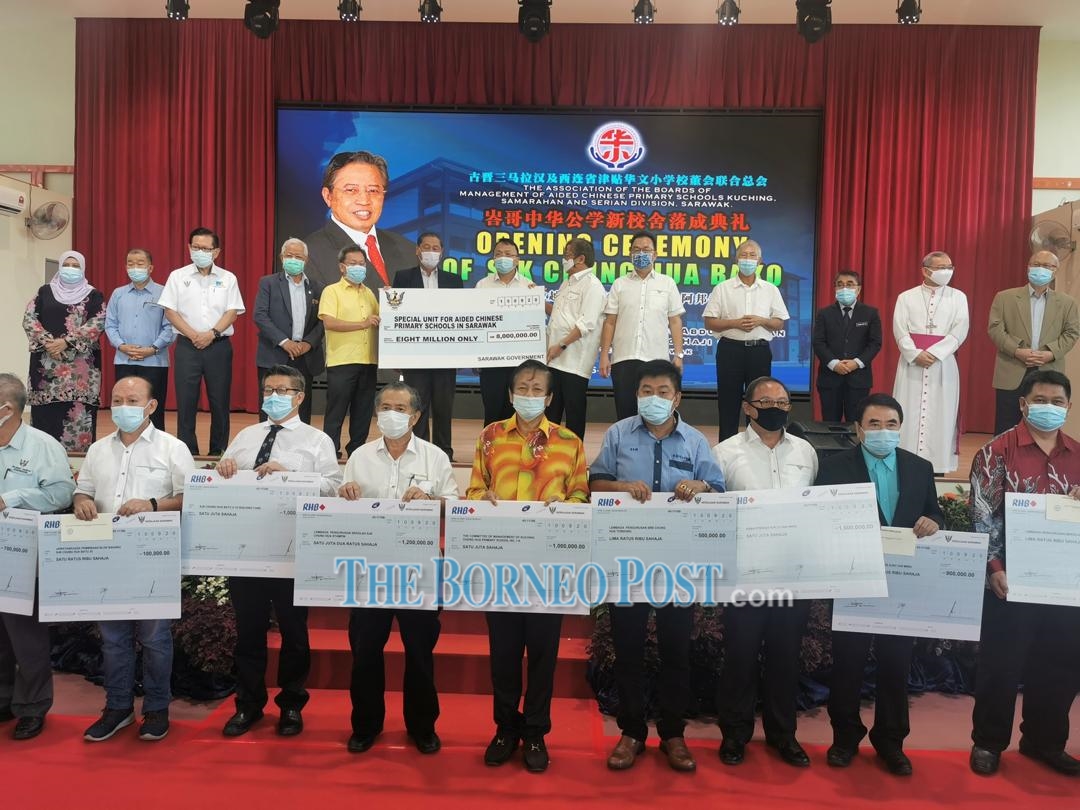 Earlier in his speech, Abang Johari said the state government led by Gabungan Parti Sarawak (GPS) has always strive to provide the best in education for Sarawakians.

“We feel that education is very important regardless of whether you’re Chinese, Malay, Iban, Orang Ulu, Bidayuh and so on. From the moment you have a child, you want your child to be educated, that is the key.

“As far as education is concerned, we feel that we must help not only the Chinese schools but also mission schools.

“This is our policy as long as we have money. If the state is stable and peaceful; the economy is good and the state gets extra revenue, why not share this with schools. We must give for the sake of Sarawakians,” he said.

Later at the ceremony, Abang Johari presented RM8 million to the special unit for aided Chinese primary schools in Sarawak which was received by Dr Sim.