Wednesday, June 23
You are at:Home»News»Azmin endorses Hajiji as next Sabah CM 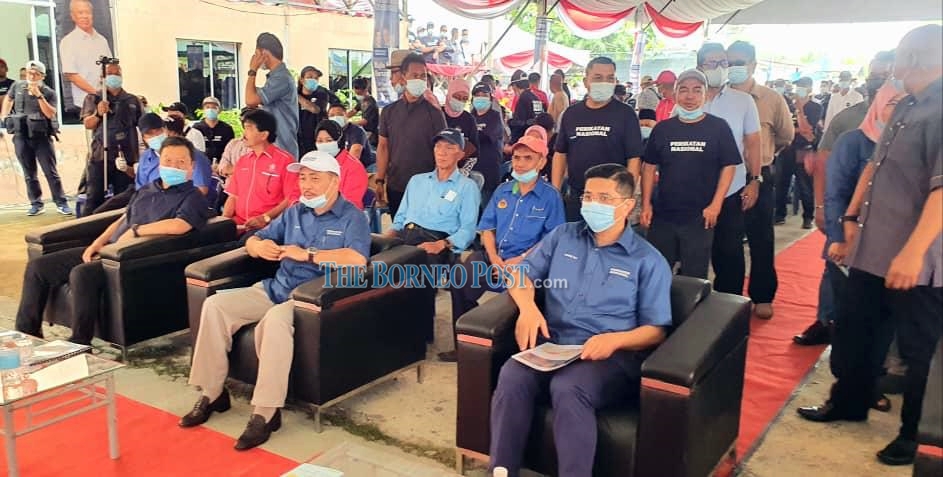 “Certainly, for PN, as mentioned by Prime Minister (Tan Sri Muhyddin Yassin) during his visit to Sabah, we (PN) have a strong and clean candidate (Hajiji).

“I think that he should be given the opportunity to lead the Sabahans after the election. God willing,” he told reporters when met during a gathering at the Tambalang polling district centre (PDM) today.

He said that proposal to nominate Hajiji as the next Chief Minister is the ‘prerogative’ of the Prime Minister and therefore it should be considered.

“We need to ensure the Sabahans that this is the future for them. We have a strong candidate who is able to lead Sabah.

“They need to know this during the election,” he said when asked whether the matter had been discussed with PN’s allies in Sabah.

Earlier in his speech, Azmin had even challenged Chief Minister Datuk Seri Shafie Apdal to come to Tuaran to have a debate with Hajiji.

“Let the people judge the both of them,” he said.

Muhyddin’s call to endorse Hajiji did not sit well with Barisan Nasional (BN) as the latter is of the opinion that primary focus for the state opposition now should be on winning the state election.

On his recent viral incident in Membakut, where it was alleged that he was verbally harassed by Warisan Plus supporters, Azmin said that Shafie should stop spreading his ‘anti-malaya’ sentiment as such tactics would divide Malaysians.