Sunday, September 20
You are at:Home»News»Sabah»PBS says it is not greedy 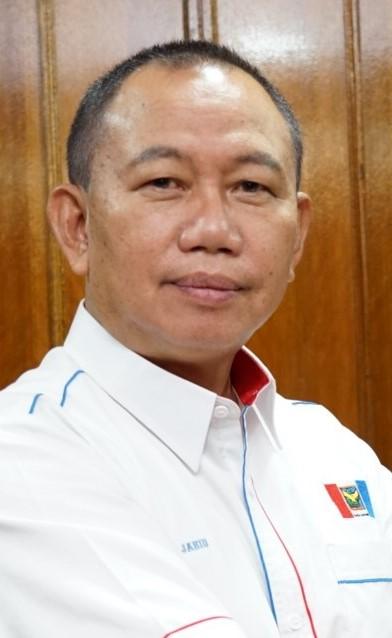 KOTA KINABALU: Parti Bersatu Sabah (PBS) was just defending its position when it decided to increase the number of seats contested from 15 to 22 in the state election.

“We are not being greedy, as claimed by many, but rather taking a defensive position in order to secure our seats and win for Perikatan Nasional (PN), especially when it is showed clearly that we were being attacked from several sides.

“But we were prepared for a friendly contest from day one. We expected multiple contests from partners, and we were ready to defend our position, ” its secretary-general Datuk Jahid Jahim explained yesterday, adding that PBS took the matter well and would defend their position for the sake of PN.

Jahid said that in meetings with PN/PBBM (Parti Pribumi Bersatu Malaysia) secretary-general Datuk Seri Hamzah Zainuddin in Kuala Lumpur and here regarding seat allocations, the subject of friendly contests was also raised and it was impossible for partners to agree who should withdraw in the areas that were decided by PN.

“We expected the open contest, but the real question here is ‘siapa radu siapa’ (who went against who)?” questioned Jahid, adding that the subject of friendly contest was also highlighted through the Barisan Nasional’s (BN) statement by its secretary-general Tan Sri Annuar Musa that there would be multiple contests, and PBS was ready for such things to happen.

Defending his Tamparuli seat, Jahid added that in the two meetings headed by Hamzah, tempers were high, and they were all unable to find a common solution, thus failure to obtain approvals from any partner to withdraw.

“In fact, it was Sabah STAR (Sabah Solidarity Tanah Airku) president Datuk Dr Jeffrey Kitingan who openly said to PBS deputy president Datuk Seri Radin Malleh that if there was no giving way of seats, in which was the case for Liawan, PBS may challenge them using their own symbol,” he explained.

He stressed that PBS had told the public, through the media, that the party tried very hard to come to terms with and avoid multiple contests even on a friendly basis.

“We believe that this matter is important so as to avoid split of votes and could give an edge to our opponents, but as we said, we did our best to avoid the problem.

“A day before nomination, our intelligence and senior leaders monitoring the constituencies allocated to us found that colleagues and partners of BN and PN were going for our necks by putting up candidates and independents for open friendly contests. It was clear,” he said.

Jahid gave an example of their seats in Tandek, Matunggong and Kadamaian, in no uncertain terms, the BN component Parti Bersatu Rakyat Sabah (PBRS) collided with PBS in the three constituencies despite the fact that both parties are PN/BN allies.

Meanwhile, Umno went against Radin in Melalap and three others in Bengkoka, Tanjung Aru and Telupid, while MCA openly clashed seats in Kapayan and Karamunting.

“As for Sabah STAR, it turned out to be that they prepared themselves well and put up independents using several of their division chiefs in Bengkoka through Pransol Tiying, Datuk Anita Baranting (Tandek), Dr Paul Porodong (Matunggong), and Marcel Jude Joseph (Api-Api).

“PBS hardly had any constituency that is not contested by PN/BN partners. However, we take it in the good spirit of the friendly contest,” he said.

He said further, there is still time to analyse its position on the ground and that PBS would be evaluating its position before the polling day on Sept 26.

“Before Sabahans cast their votes, through ground observations, PBS is open to sit down for the sake of discussion and compromise to see who is the best torch holder for PN.

“In the meantime, it is campaign time and an opportunity to meet the rakyat, to check our respective strengths, and to hear the people’s voices.

“PBS will continue to strengthen our preparation and move together to represent the people as the government of Sabah. Although there are multi-cornered friendly fights among colleagues, we will ensure that it is friendly and that the best partners win for PN,” he assured.