Tuesday, September 22
You are at:Home»News»Sabah»Upko Kadamaian candidate has only one manifesto 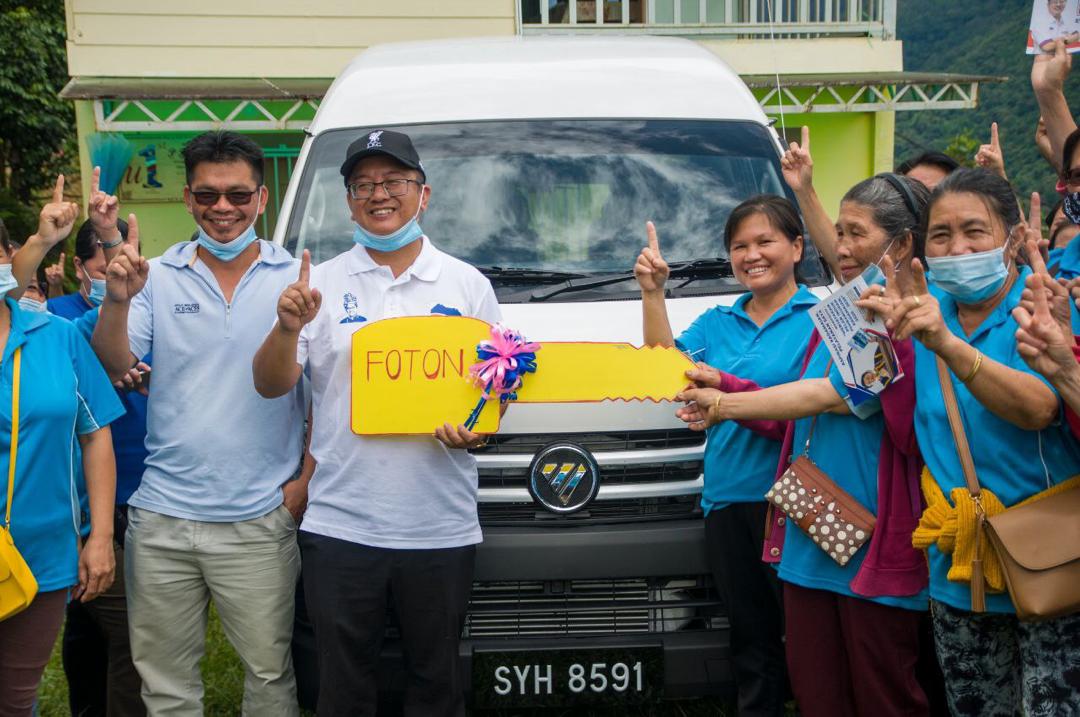 Ewon, who is defending his seat in a six-cornered fight this election, gathered with the Kg Kiau Taburi, Kg Kiau Nulu and Kiau Bersatu villagers before continuing the campaign roadshow at Kaung district voting centre in Kg Kaung Ulu and Kg Lobong-Lobong.

In Kg Kuai Nuluh, Ewon handed over the keys to a van to Koonduan Kiau Nuluh Enterprise (KKNE) that had been approved by Warisan president Datuk Seri Mohd Shafie Apdal during his visit to the village in December 2018.

During the Kg Kiau Nuluh Pineapple Jam and Chutney Processing Centre launch on December 2018, Shafie approved the Kiau Nuluh Koonduan Association chairman Florence Duaneh’s request for a vehicle that would enable entrepreneurs to transport their pineapple products to the market.

In his speech, the former Sabah Rural Development Minister explained various issues that had been raised often by the opposition and shared his aspirations and manifesto for the snap polls.

“My manifesto is only one, which is the success of the Kadamaian Development Master Plan 2020-2035 that covers all the needs of the Kadamaian people in seven villages,” said Ewon during his campaign in Kota Belud here yesterday.

“The main responsibility of an elected representative is to solve problems in front of the eyes such as the needs and development of the people in the area represented,” he added.