Tuesday, May 24
You are at:Home»News»PSB Bukit Saban candidate lodges police report over recent altercation at longhouse in Betong 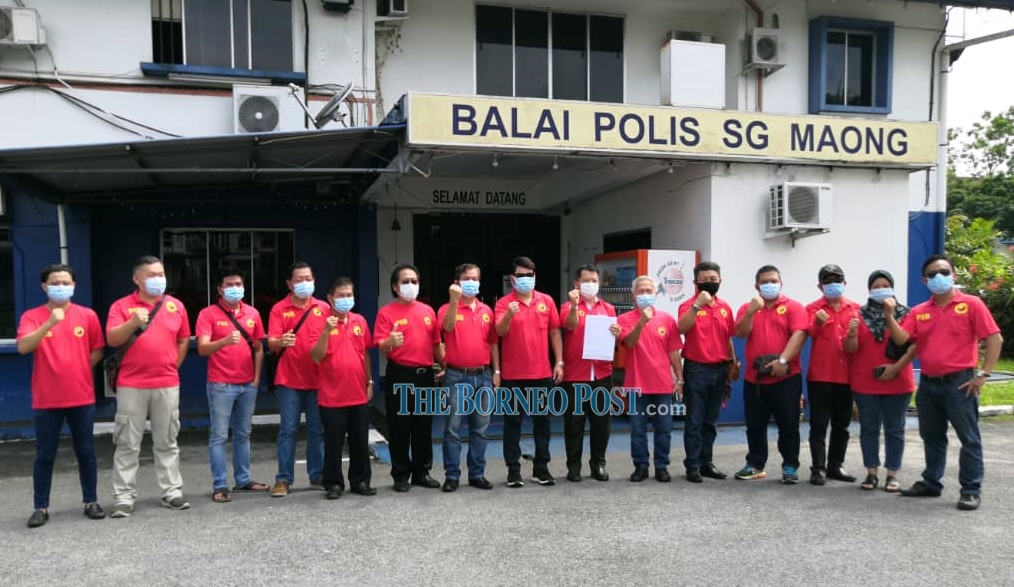 Andrea (ninth left) together with Rayong (eight left) and other party members at the Sungai Maong police station this morning.

KUCHING (Sept 16): A police report has been lodged by the Parti Sarawak Bersatu (PSB) Bukit Saban candidate Andrea Gelayan over a recent altercation involving the party supporters and the group leader of a political party during a political gathering in Betong on Sept 11.

The incident, which took place during a political gathering at a longhouse started when one of the PSB supporters raised a question on land issues that should be surveyed under Section 18 of the Sarawak Land Code.

Irked by the question, the group leader allegedly tried to punch the PSB supporter but was held back by those nearby.

“The (PSB) supporter’s son who came to his father’s aid was however punched when he questioned the group leader’s way of handling political discussions in an Iban longhouse,” Andrea told reporters at the Sungai Maong police station here this morning.

A portion of the incident, he said, can be seen in a one minute video clip that has gone viral on WhatsApp and Facebook.

He said that he believed that the political gathering, which saw the presence of 18 community leaders from the Sungai Rimbas area, would not have taken place without the influence from certain quarters.

“The intention here is to intimidate our supporters to incite fear in them to feel as if at the end of the day, none of them will be on the receiving end of (government) projects,” Andrea claimed.

He believed that such fear tactics might ‘snowball’ until polling day to scare PSB supporters to not cast their votes.

“When our voters do not vote, they will win handsomely,” Andrea said.

Meanwhile, Andrea said the police report was lodged to enable the authorities to take action against those who were directly or indirectly involved in the incident.

He also said legal action to prosecute the group leader is also on the table if the police are dragging their feet on their investigations.