Friday, September 25
You are at:Home»World»Trump says he has ‘no problem’ selling UAE advanced F-35 planes 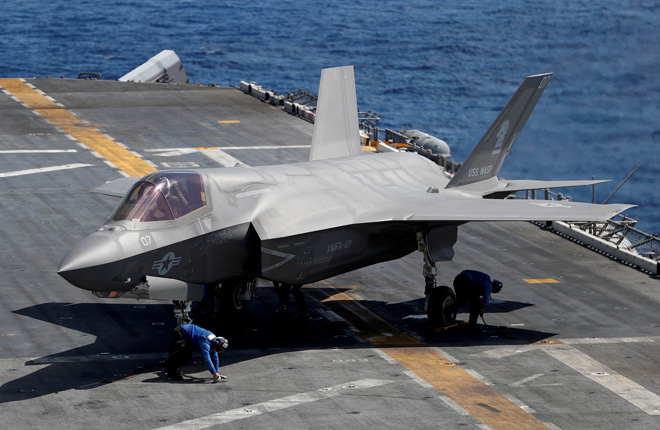 US President Donald Trump said Tuesday he would have “no problem” selling advanced F-35 warplanes to the United Arab Emirates, despite objections from close ally Israel.

Trump, who will oversee the signing of a deal normalizing relations between Israel and the UAE later Tuesday, said the sale would mean “tremendous jobs at home.”

The UAE is eying the stealth fighter jet as a component in its ambitious plans to make the small, wealthy country into a regional military power. Israel — currently the only country in the region to possess the US warplanes — has pushed back, insisting on retaining its overwhelming technical advantage against its Arab neighbors.

Analysts say that the UAE has used its demand for F-35s as a bargaining chip in agreeing to sign up to the Trump-brokered peace accords being signed at the White House that also include Bahrain.

“But the United Arab Emirates is a great military, you know, partner of America. We work together on a lot of things. They’re right on the border with Iran and have real threats. And I think that there’s a lot of opportunity to be gained by working on this,” he said. — AFP