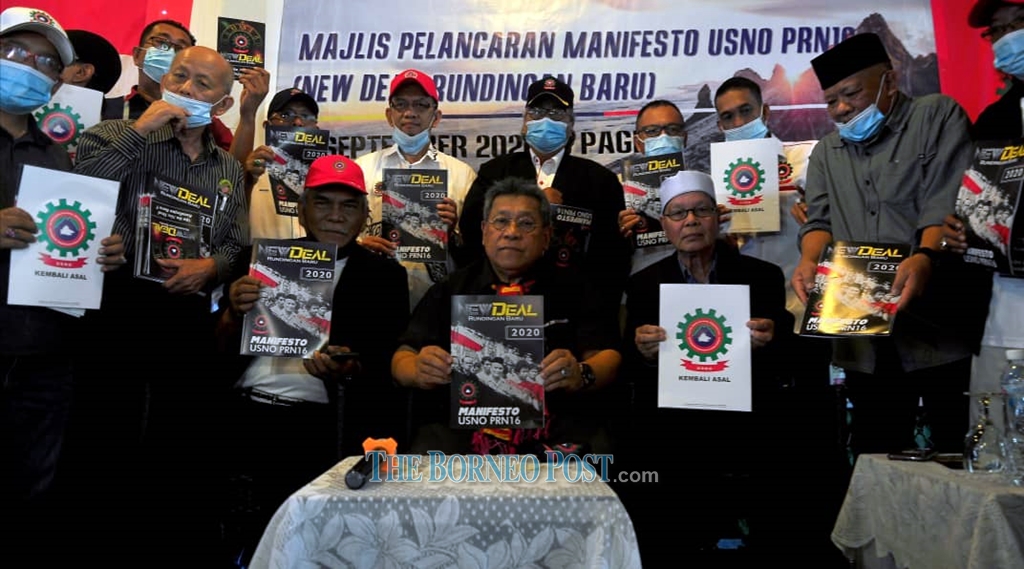 The former Dewan Rakyat speaker said that the family, in particular, his son Datuk Amir Kahar Mustapha, should be grateful that the party was using his picture

“By doing so, we are reminding the people about the many contributions and sacrifices made by Tun Mustapha,” he said when asked to comment on Amir Kahar’s criticism of the party for using his father’s images.

Speaking to reporters at the launching of the Usno Baru manifesto here, Pandikar also said that he found it ridiculous that Amir Kahar had decided to contest as an independent candidate in Banggi and not as a candidate under USNO Baru.

“His family should be in USNO, yet he did not join as a member,” he said.

Pandikar said that a discussion had taken place between the party and Amir Kahar.

“But we were not able to come to an agreement,” he said.

Previous ArticleSee urges S’wakians to vote for Sarawak’s future in next state polls
Next Article Covid-19: Zero cases for one week now in Sarawak