Friday, September 25
You are at:Home»News»Nyabong: Formation of M’sia catalyst for peace, prosperity 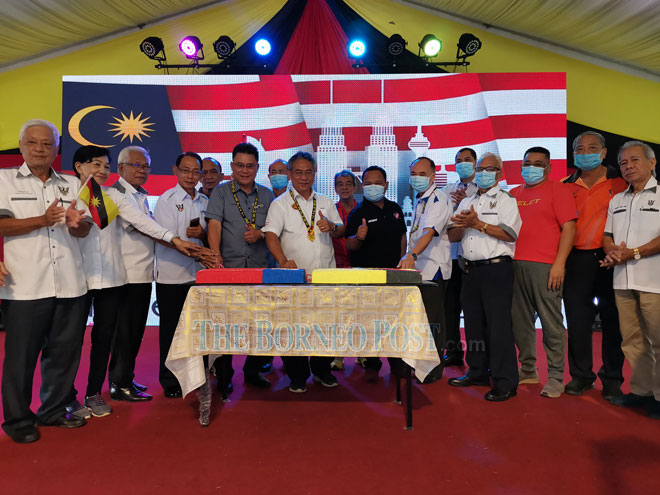 KAPIT: The formation of Malaysia 57 years ago in 1963 has laid a sound foundation for the prosperity and peace among its people despite their diversity in race, religion and culture, said Pelagus assemblyman Wilson Nyabong Ijang.

He made the remarks at a ceremony to hand over the Jalur Gemilang to community leaders at the compound of Fort Sylvia here yesterday.

Receiving the national flags from him were Temenggong Wilfred Billy Panyau, Temenggong Tan Kian Hoo and Temenggong Wasli Nor.

In his officiating speech, Nyabong called on all Malaysians to respect each other so that peace and harmony can prevail.

“We must sink our differences and work together for our children and to develop the country. The government must be fair and formulate policy to look after every ethnic group so that no one is left out and felt neglected. The government shouldn’t sideline any group. People must not play up racial or religious issues,” he advised.

Later, he cut the Malaysia Day cake and was seen attending the high tea in conjunction with the celebration.