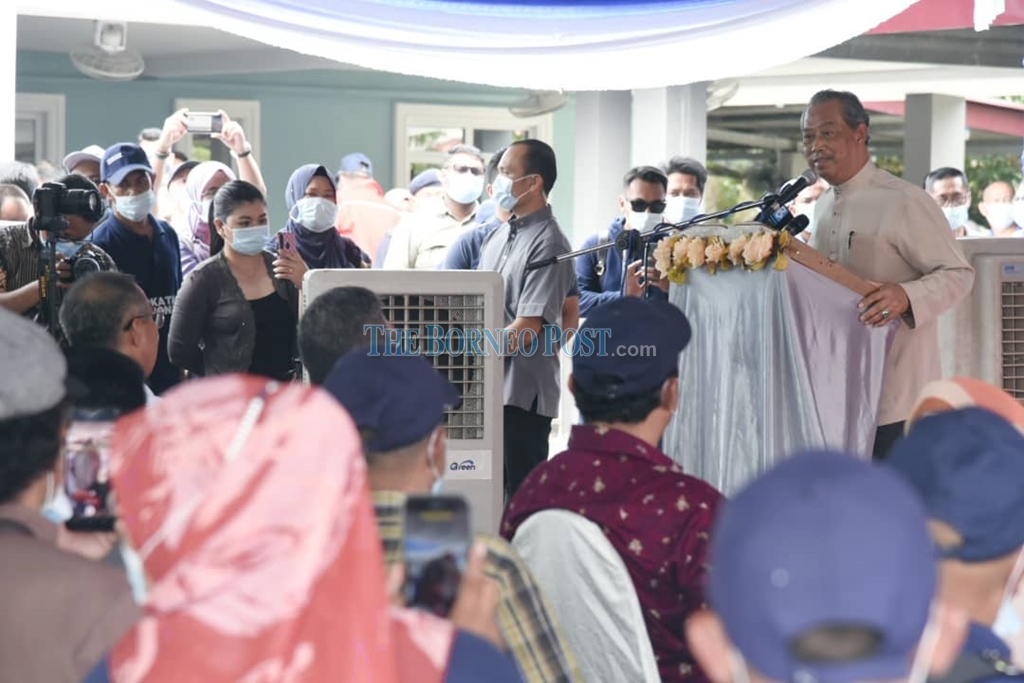 Muhyiddin speaking at the gathering at Kampung Rampayan.

KOTA BELUD (Sept 18): Prime Minister Tan Sri Muhyiddin Yassin said today that the outcome of the Sabah polls on September 26 will determine when the next general elections will be called.

Speaking at a meet-the-people event at Kampung Rampayan this afternoon, the Parti Pribumi Bersatu Malaysia president said the voters in Sabah will give the “signal” as to when the general polls should be called.

“We haven’t decided (when to call the general election), but if we win in Sabah, we will hold elections as soon as possible.

Perikatan, which took over the country’s administration following the collapse of the Pakatan Harapan government in February this year, only has 113 seats in the 222-seat Parliament.

This has led certain quarters to urge Muhyiddin to call a snap election in order to secure a stronger mandate for the pact.

Meanwhile, Muhyiddin, who was in Kota Marudu and Kudat earlier today, said in a difficult situation where the whole world is facing pandemic, a strong relationship between state and federal government is needed in order to develop together.

“In our effort to bring about economic recovery, I don’t want Sabah to be left behind. We have proven that we can be the best country in the world in tackling Covid-19. But I don’t want to be the last country in recovering its economy just because we are not in the same direction.

“If we win in Sabah, I will support this state 110 percent. I will find how to find money… and I will support Sabah. You don’t have to tell me. I know, you need water, electricity, roads…,” he said.