Thursday, October 22
You are at:Home»News»Fishing trip turns tragic as one of them drowns 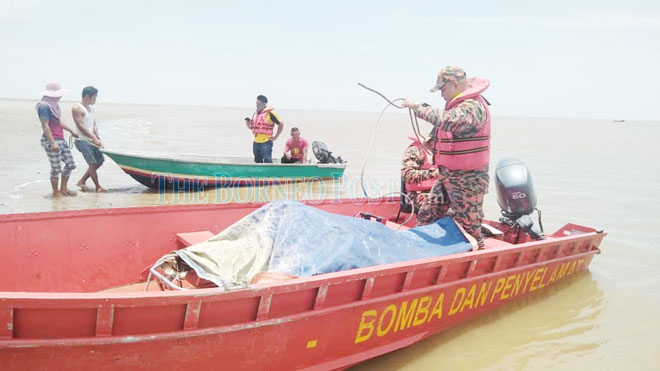 KABONG: A fishing trip turned tragic for three friends as one of them drowned after their boat capsized in waters off Sungai Alit near Kabong Beach Wednesday night.

Saratok Fire and Rescue Department head, Nazary Mohamat, said that based on information obtained from the villagers, the trio set out to sea late Wednesday afternoon.

Their boat capsized later that night due to strong wind and choppy waters.

The villagers conducted a search operation the next morning when the trio failed to return home.

They managed to locate two of them alive at two separate locations at Kabong Beach, Nazary said, adding that the survivors had informed them that one was still missing.

The villagers then continued their search and rescue (SAR) operation.

“Around 10am yesterday, we received a call from the villagers informing us that they have found the body of the missing man.

“We responded immediately by dispatching three men to the scene to fish out the body from the water,” Nazary said.

According to the locals, all three men hailed from nearby Kampung Beladin.

The survivors were identified as Mahdir Matdeli, 42 and Mohamad Akmal Abdul Hamid, 24.

The dead man was identified as Mohd Akmal Nen, in his30s.

The remains had been handed over to the police who later brought them to Saratok Hospital for further action, Nazry added.