Saturday, May 28
You are at:Home»News»MPV found floating in water near barge at Lutong Beach 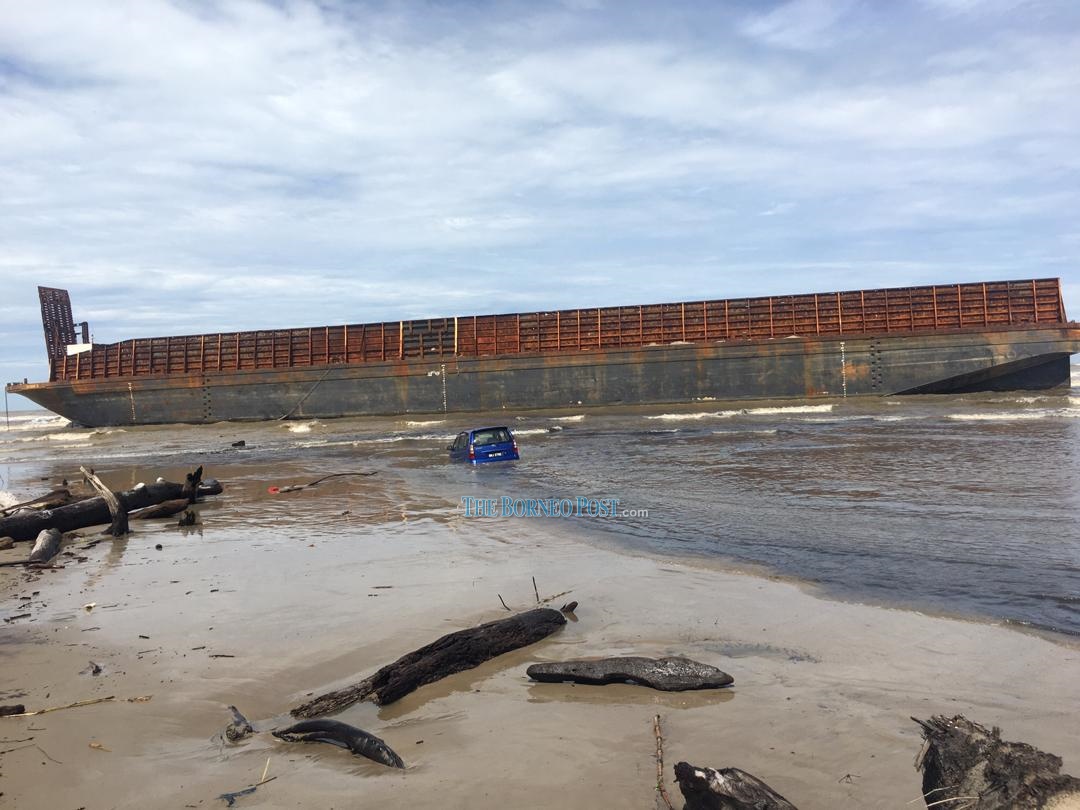 The MPV found floating in the water near a barge at Lutong Beach.

MIRI: A multi-purpose vehicle (MPV) was found floating in the water near a barge grounded near Lutong Beach around 8am this morning.

According to onlookers, the MPV had been parked near the beach before it was taken away into the waters by rough sea and strong waves following heavy rain since last night.

Meanwhile, the owner of the barge, which was found to be floundering in the water since this morning, was nowhere to be seen.

It is believed that the barge had been carried away by strong current after its tow lines got disconnected elsewhere.

No injuries or casualties were reported.

As of press time, the authorities including the police, the Malaysian Maritime Enforcement Agency (MMEA) and the Fire and Rescue Department when contacted, have yet to release any statement on the incident.