Saturday, October 24
You are at:Home»News»New Sabah chief minister expected to be sworn in tomorrow 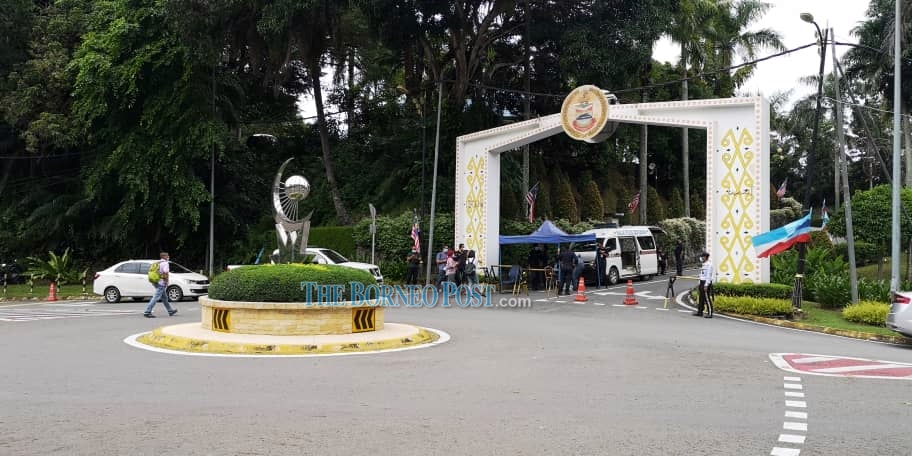 Reporters waiting at the entrance to the Istana Negeri. – Photo by Jenne Lajiun

KOTA KINABALU (Sept 28): The new chief minister of Sabah is expected to be sworn in tomorrow (Sept 29).

This was after the Media and Corporate Communications Division of the Sabah Information Department informed the media that then swearing in ceremony for the chief minister would be held at Istana Negeri at 10.30am tomorrow.

However, the identity of the candidate who will be sworn in tomorrow is still unknown.

Gabungan Rakyat Sabah (GRS), comprising Barisan Nasional (BN), Perikatan Nasional (PN) and Parti Bersatu Sabah (PBS) has yet to many any announcement as to who their chief minister’s candidate will be.

GRS had secured a simple majority to form the new government after they won 38 seats in the just concluded state election last Saturday.

Previous ArticleVirus curfew to be lifted in Australia as global deaths near a million
Next Article GRS, independent elected reps gathering at hotel to wait for CM’s swearing-in ceremony