Sunday, May 16
You are at:Home»News»Sarawak»Man running amok on highway arrested 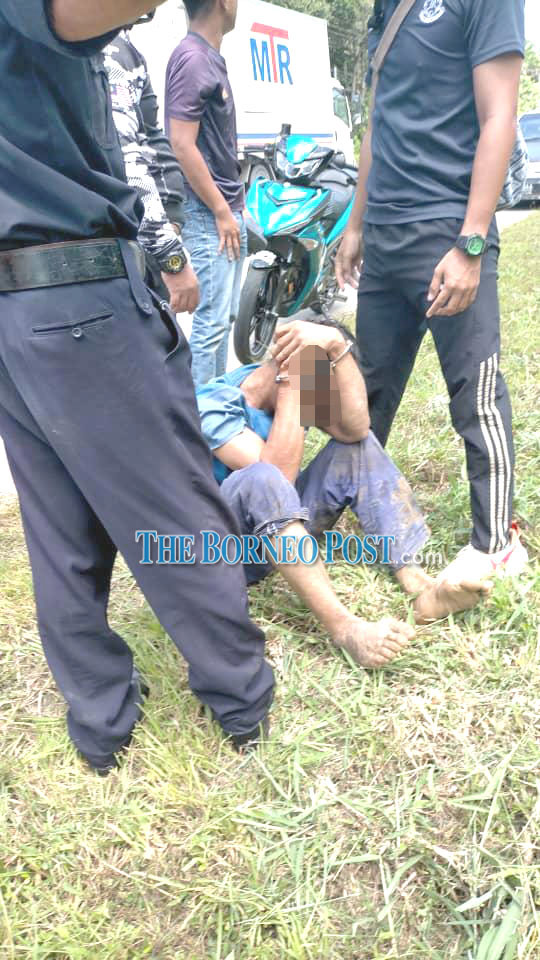 The suspect being watched over by police from Bekenu station.

MIRI: Police arrested a man yesterday, who had run amok on the Miri-Bintulu coastal road, near Kampung Terahad in Bekenu earlier.

The incident, which was captured on video, showed the man – in his 30s – running on the highway carrying a machette and a spear, while attempting to smash the vehicles passing the area.

Several cars and motorcycles could be seen turning back after their occupants saw the man in the middle of the highway, armed with the weapons trying to smash their vehicles.

It is learnt that police received a report lodged by road users at 9.35am, and immediately dispatched several personnel from the Bekenu station to the scene.

A source said the suspect was high on drugs at the time.

The police apprehended him at 9.50am.

In another video, which had gone viral on various social networking sites yesterday, showed the suspect being punched by some individuals – said to be villagers who were angered by the incident.