Tuesday, May 17
You are at:Home»News»Flash floods hit several low-lying areas in Kota Kinabalu 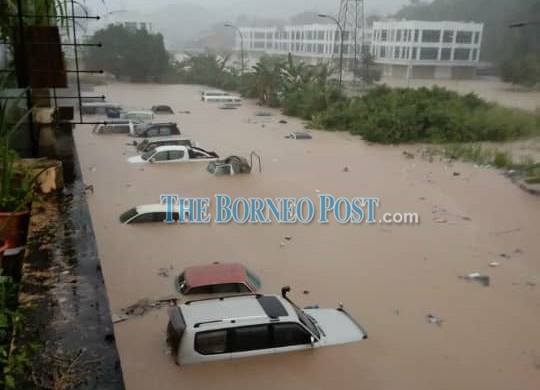 Giling at Jalan Telipok-Tuaran is inundated by floodwater.

Kampung Rampayan in Menggatal was hit by rising floodwater, which was inching closer and closer to factories located nearby.

A resident said the flash floods were triggered by heavy rain that lasted all night, which showed no sign of ceasing anytime soon as of 9.30am today. 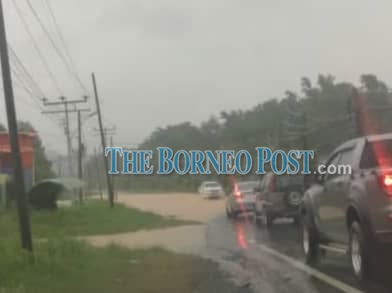 Floodwater renders the road impassable to smaller vehicles at Kibabaig.

Yesterday, the Meteorological Department of Malaysia (MetMalaysia) issued an alert level weather warning with heavy rain for Sabah that would last until today.

According to a statement of the National Weather and Geophysic Operation Centre, the condition was forecasted to affect the interior namely Sipitang, Tenom, Kuala Penyu, Beaufort and Keningau.

“It will also hit west coast areas including Papar, Putatan, Penampang, Kota Kinabalu, Tuaran and Kota Belud; as well as Kudat and Kota Marudu while in Labuan, the condition is expected to occur from tomorrow and on Tuesday,” said the statement.