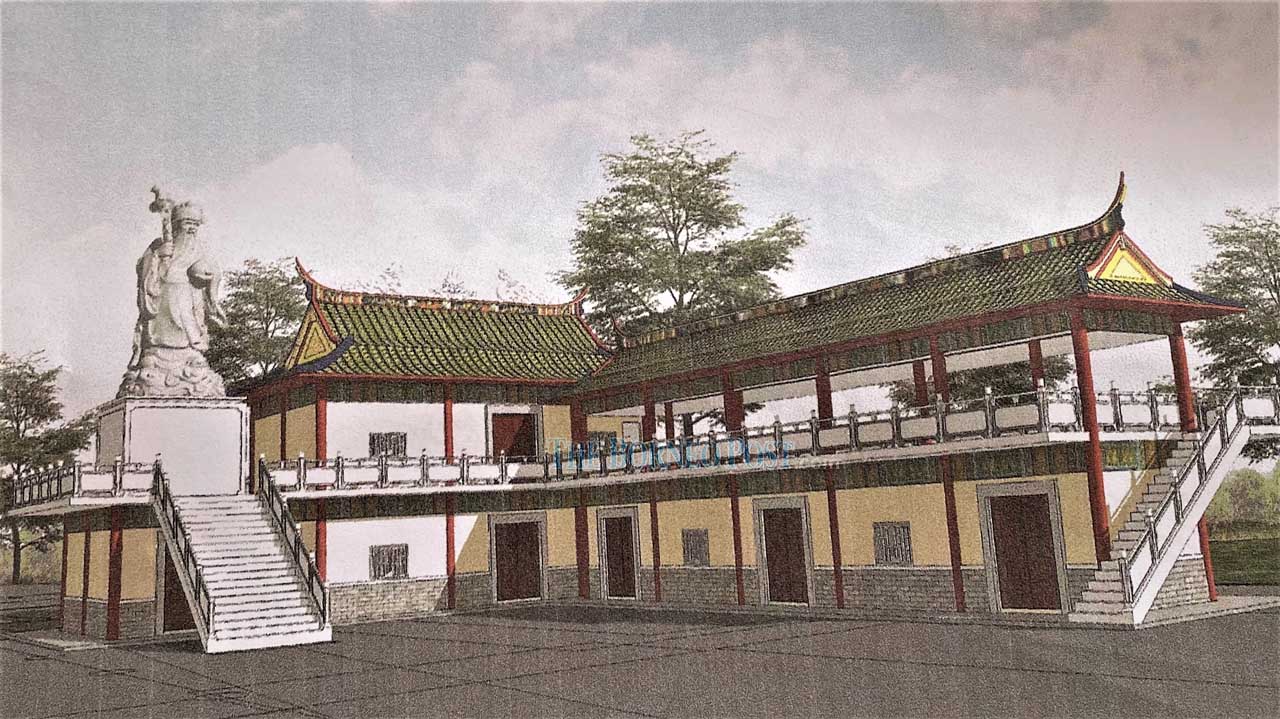 An artist’s impression of Miri Tua Pek Kong Temple’s new look, once it undergoes the extension and beautification works. 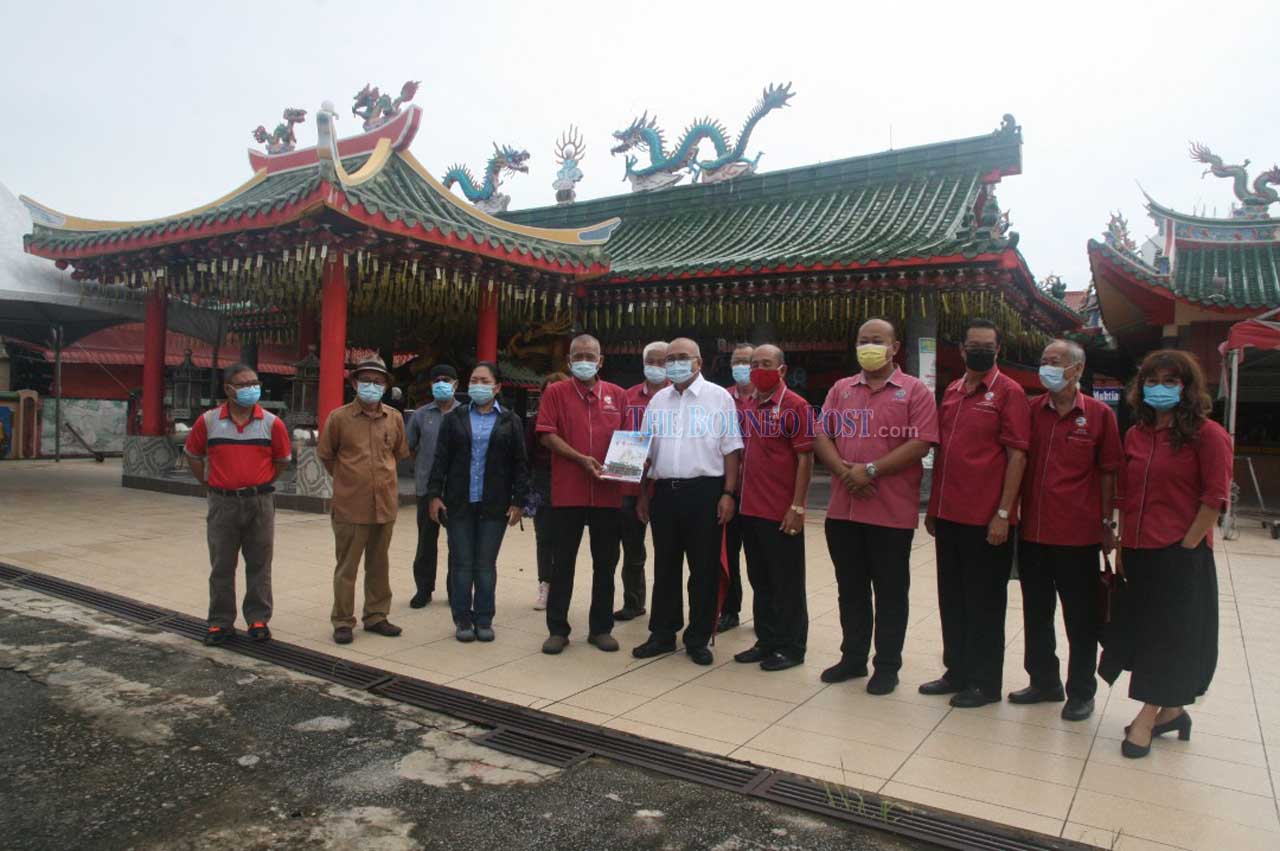 Yong (front, fourth left) presents the artist’s illustration of the project to Yii, as Tay (fifth right) and others look on.

MIRI: The extension and beautification works on Miri Tua Pek Kong Temple are set to commence by the end of this year, with the cost estimated at around RM8 million.

According to Mayor Adam Yii, the project is being handled by the temple management committee.

“The temple management committee is embarking on a project to beautify this temple.

“The works will include the construction of a new two-storey block, which will house the administration office, a heritage museum and also a 7m-tall statue of the temple’s patron deity, Tua Pek Kong.

“This statue is poised to be another iconic tourism feature of the city,” he told reporters after conducting a visit to the temple yesterday.

On the project, Yii commended the temple management committee for undertaking this initiative which, in a way, would contribute to the local tourism development.

“This is a fine example of how the private sector can contribute to the tourism development in Miri.”

At 107 years old, the Miri Tua Pek Kong Temple is touted as the oldest temple
here.

Yii said the temple was among the sites in Miri that were the least affected by the bombing during the Japanese occupation in World War II.

The temple management committee chairman Tay Choon Wei and Miri Chinese Charitable Trust Board chairman Temenggong Yong Vui Seng, who is also one of the advisors to the extension and beautification project working committee, accompanied the mayor during the visit.